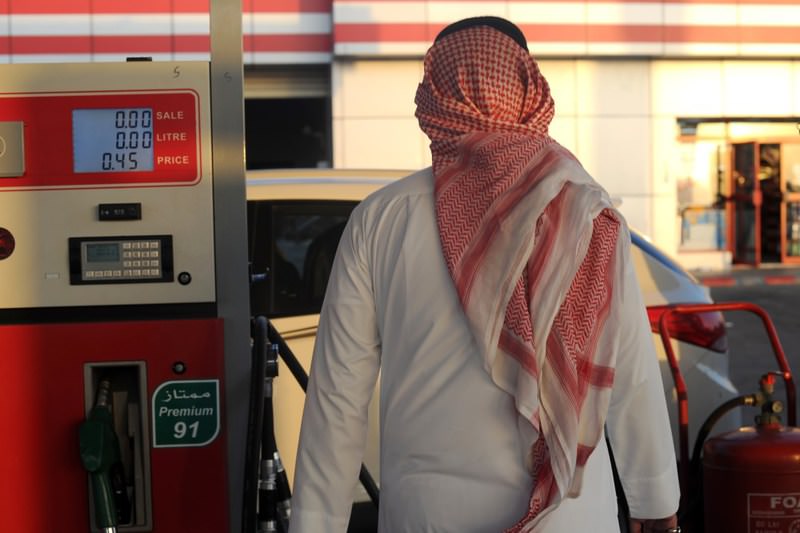 A Saudi man walks past a pump at a petrol station in the Red Sea city of Jeddah. Saudi Arabia raised the prices of heavily-subsidized power and fuel by as much as 40 percent as part of new measures introduced in the face of low oil prices.
by reuters Jan 16, 2016 12:00 am

While low oil prices have forced the drawdown of assets, Saudi Arabia plans to create a new sovereign fund to manage part of its oil wealth and diversify its investments. The new fund might behave like a private equity fund

Saudi Arabia plans to create a new sovereign fund to manage part of its oil wealth and diversify its investments, and has asked investment banks and consultancies to submit proposals for the project, according to people familiar with the matter. Plunging oil prices have strained Saudi Arabia's finances. The kingdom's state budget deficit is at a record high and net foreign assets dived more than $100 billion in 15 months. The new fund could change the way tens of billions of dollars are invested and affect some of the world's leading asset managers, particularly in the United States, where the bulk of Saudi Arabia's foreign assets are managed.

"Keeping the foreign reserves at a good level is necessary to maintain a solid financial position and support the riyal," said one of the sources. Another source said the Saudi government sent out a "request for proposal" to banks and consultants late last year, seeking ideas on how to structure a new fund. The sources asked not to be identified because the plans are confidential. They said the Saudi government did not tell them the size of the planned new fund.

One source said the fund would focus on investing in businesses outside the energy industry, such industrials, chemicals, maritime and transportation. The sources stressed that no final decisions had been made, and a range of options were being studied. The sources said managers of the planned fund may be able to invest directly in companies rather than channelling investments through foreign asset managers. This could maximize returns.

The second source said he understood the new fund would ideally be up and running within 12 to 24 months, with an office in New York. Saudi Arabian Monetary Agency's (SAMA) net foreign assets totalled $628 billion in November, down from a record high of $737 billion in August 2014, when the government started drawing down assets to pay its bills as falling oil prices saddled it with a huge budget deficit.

The assets, some of which are handled by global fund firms, are mainly securities such as U.S. Treasury bonds and deposits with banks abroad. Equities are believed to account for only a

small fraction of securities holdings, perhaps 20 percent. The bulk of assets are believed to be denominated in U.S. dollars. The conservative, low-risk instruments SAMA favours have been criticised for yielding modest returns, especially with global interest rates as low as they are now. In 2014, Saudi billionaire Prince Alwaleed bin Talal urged the government to create a new fund to earn higher returns.

At the time, Finance Minister Ibrahim Alassaf insisted there was no need for a new fund. But policy-making authority has shifted since King Salman took the throne in January last year and created a powerful Council of Economic and Development Affairs chaired by his son, Prince Mohammed bin Salman. With the advice of Western consulting firms, Prince Mohammed is pushing a range of reforms for an era of cheap oil. Steps include spending cuts, higher taxation and privatisation. The plan for a new sovereign fund is part of this drive.

In drafting its reforms, Saudi Arabia has examined the policies of other rich oil exporting Gulf countries. Part of the new Saudi fund would operate much like a private equity investor, buying major stakes in foreign companies as the sovereign funds of Qatar and Abu Dhabi do, but it would also use other forms of investment, the sources said.
RELATED TOPICS