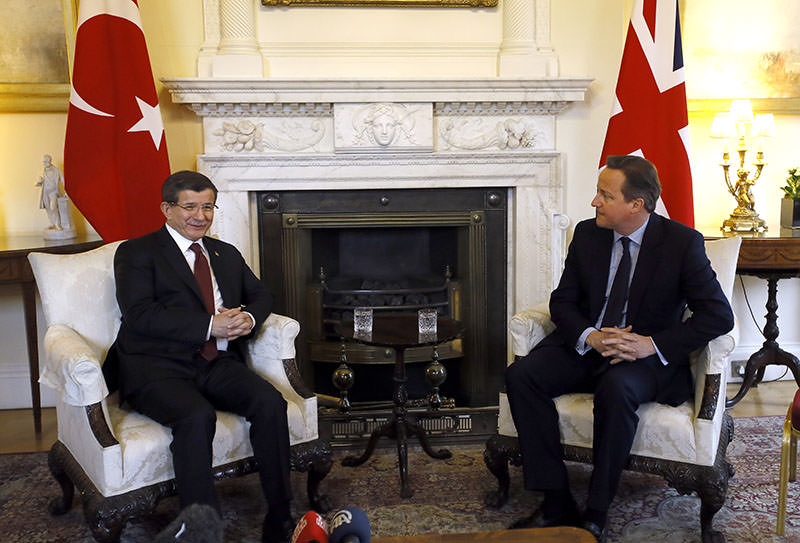 The premier used a speech at Bloomberg's London offices to pitch his government's reform program to business leaders.

He said Turkey had made great strides in job creation and in reducing its current account deficit while keeping its fiscal position strong.

Public sector debt fell to a third of gross domestic product in 2015, down from 74 percent in 2002, he said, which placed Turkey comfortably within the EU's economic development criteria.

"This is a very good indication that our economy, our budget discipline is performing very well," he said, adding that the Turkish banking sector was "safe and sound" since the global economic crisis.

"[In our] neighborhood we have several collapsed states where there is no functioning economy anymore," he told potential investors and journalists.

"Despite these negative trends that are affecting Turkey, we have some very positive developments as well, which makes Turkey a safe port for investment as well as a safe haven for economic agencies and institutions to work in."

He said it was notable that Turkish economic growth continued in 2015 despite the uncertainty created by two parliamentary elections and terrorist attacks.

"With this reform agenda, in spite of the problems in the global economy [such as] volatility, the slowing down of growth and geopolitical risk, Turkey will be the most promising economy for those who want to have long-term stability, rule of law and the basic standards of an economic investment climate."

Turkey is still unable to formally open talks on membership negotiations in many areas of EU law, known as chapters, because of the Greek Cypriot administration's veto imposed in 2006.

Davutoğlu said that a resolution to the Cyprus problem, which he indicated could be in place by the end of 2016, would help launch a new era in Turkey-EU relations as more chapters are opened.

He pointed to the European Commission's latest progress report, which said Turkey had made progress in 27 chapters. They were now in a position to formally open talks on all of them, he said, adding that work was so advanced in some chapters that they could be opened and closed immediately.

Davutoğlu later appeared on the Bloomberg television network to speak about the Turkish economy.

In short remarks ahead of formal talks at the British Prime Minister's offices on Downing Street, Cameron offered his condolences following Monday morning's rocket strike on a school in southern Turkey that killed one person.

He said: "We face these challenges together with you, the fight against terrorism, against Daesh, and also the need to bring about change in Syria.

"We're going to work very closely together on that, as on many other things, as NATO partners and allies with a very strong economic relationship and a very strong political relationship that we've built up over the last few years."