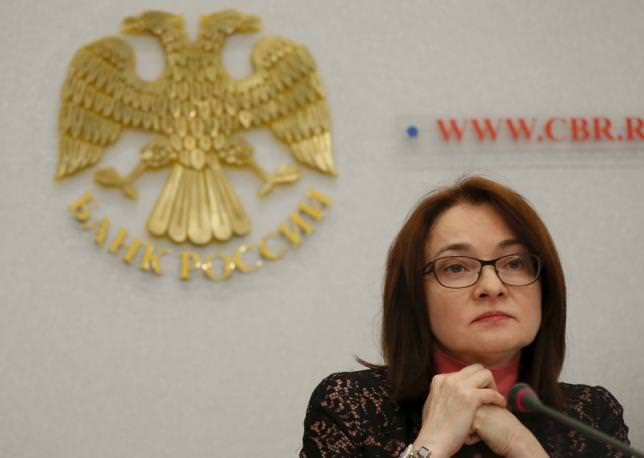 by reuters
Jan 21, 2016 12:00 am
Russian central bank head Elvira Nabiullina has canceled a visit to the World Economic Forum meeting in the Swiss resort of Davos because of turmoil on the currency market, a central bank spokeswoman said on Thursday.

Nabiullina was meant to attend a forum session on Friday.

The Russian rouble crashed to new all-time lows on Thursday, suffering one of its biggest intraday drops in around a year.

The Kremlin said Putin was being briefed about the currency moves but that the central bank had the situation in hand.

Separately, a source told Reuters the central bank was holding a meeting with bankers on Thursday evening about the exchange rate banks use when assessing the amount of capital they have to set aside against potential losses.

The central bank introduced so-called "forbearance measures" at the end of 2014, allowing banks to use favorable exchange rates when calculating their capital adequacy levels as well as relaxing rules on loan-loss provisions.

But those measures expired at the end of 2015, and the central bank had said it did not plan to extend them.

The source said bankers were asking the central bank to restore regulatory relaxations concerning the exchange rates, to help ease pressure on their financial indicators from the rouble's slump.

The central bank had not replied to a Reuters request for comment on the meeting with bankers in time for publication.
Last Update: Jan 22, 2016 12:08 am