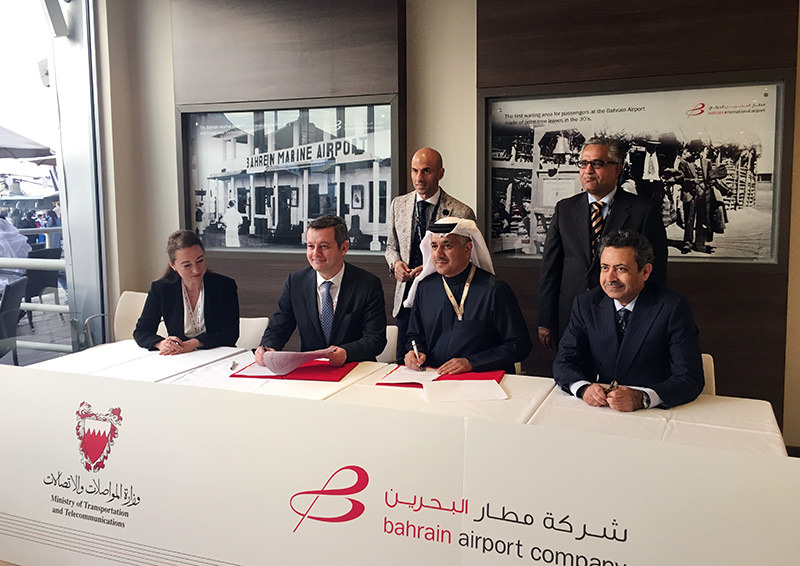 by daily sabah
Jan 25, 2016 12:00 am
According to an announcement from Turkey's TAV Construction, TAV, in a joint venture with Arabtec, won the tender for the construction of the $1.1 billion construction of a new terminal building and other related works at Bahrain's International Airport.

Meanwhile, in January, TAV Construction once again became the world's largest airport construction company in 2015 according to the global list released by the Engineering News-Record (ENR), the company announced in a press release on Jan. 4.

Excluding this latest project to be undertaken in Bahrain, the total contract value of the projects TAV Construction has undertaken until January 2016 exceeded $17.2 billion.

According to the press release, TAV Construction completed the following airport projects around the world: The Ankara Esenboğa, the İzmir Adnan Menderes and the Gazipaşa Alanya airports in Turkey, the Enfidha Airport in Tunisia, Cairo Terminal 3 in Egypt, the Emirates Hangars in the United Arab Emirates, the Prince Mohammed Bin Abdulaziz Airport in Medina, Saudi Arabia, the Hamad Airport Passenger Terminal Complex in Qatar, the Skopje and Ohrid airports in Macedonia, Tbilisi and Batumi airports in Georgia.
Last Update: Jan 26, 2016 3:44 pm