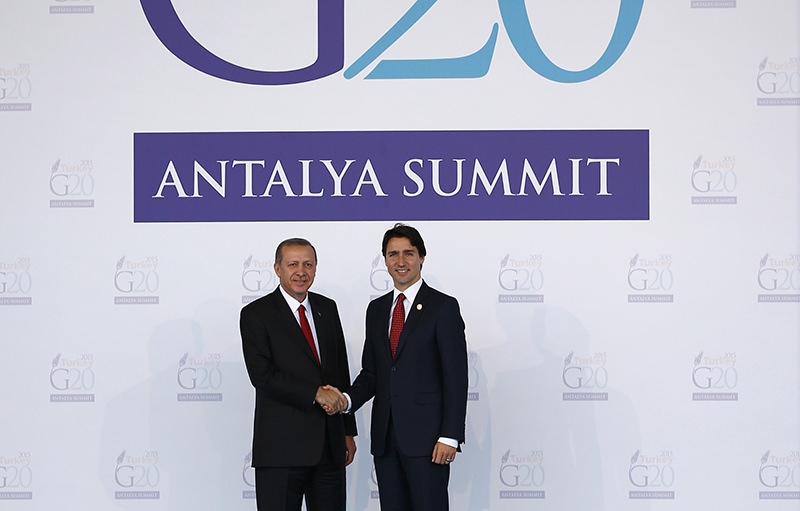 Free trade between the two countries was again raised by Turkish Foreign Minister Mevlüt Çavuşoğlu with his Canadian counterpart Stephane Dion during a NATO summit in Brussels in December, and also the same month by Turkish Economic Minister Mustafa Elitaş with Canadian Trade Minister Chrystia Freeland during a World Trade Organization meeting in Nairobi.

In a letter to Freeland from Trudeau after his Liberal government took power last fall, Turkey was not listed as one of the priority countries for trade deals.

Ünal said he raised the issue with Global Affairs Canada (GAC), the government department that manages the country's consular relations with an eye to encourage international trade.

But GAC was vague when queried about free trade with Turkey.

The government is "presently assessing next steps in the future direction of our international trade agenda," spokesperson Amy Mills told Embassy in an email.

The push for a deal is not new, with Turkish interest dating seven years.

"In October 2009, Turkey indicated its interest in pursuing an FTA [Free Trade Agreement] with Canada and officials met informally in Ottawa in February 2010 to better understand their respective interests" GAC stated on its website.

In 2013, the two countries agreed to "establish a joint economic and trade committee," GAC said.

Ünal said Canada's mining companies would benefit from trade with Turkey, with several Canadian companies having mining operations in Turkey.

The country is rich in gold and zinc.

Pierre Gratton, president and chief executive officer of the Mining Association of Canada, agreed with Unal, saying in an email that the association is "very supportive" of trade negotiations and sees Turkey as an "important partner".
Last Update: Feb 02, 2016 4:12 pm
RELATED TOPICS