Saddam's palaces may be sold to fund Iraqi goverment 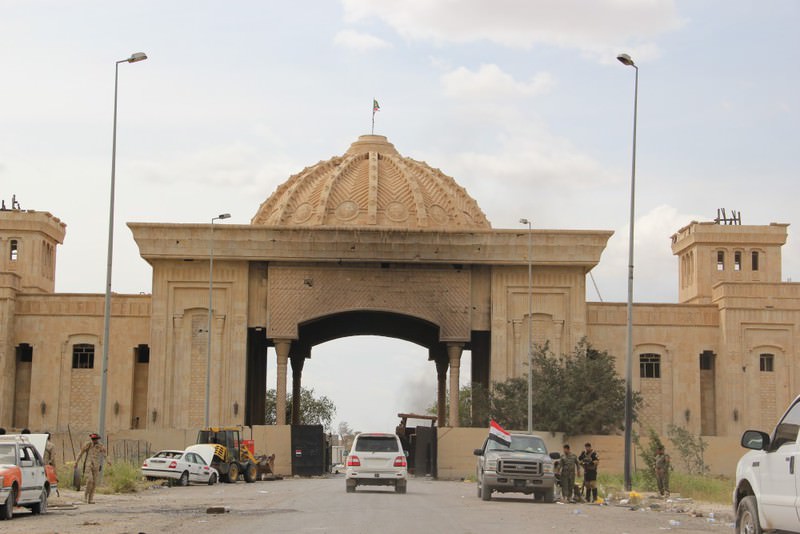 It is claimed that the Iraqi government has considered selling off palaces and other Iraqi estates built under the leadership of Saddam Hussein, since the Iraqi economy is struggling with an economic crisis.
by Anadolu Agency Feb 03, 2016 12:00 am

The deepening economic crisis in Iraq, attributed to the expanding DAESH terrorist organization, sharp fall in oil prices and corruption, has led the Iraqi government to consider the liquidation the palaces of Saddam Hussein

The Iraqi government has considered selling off palaces and other Iraqi estates built under the regime of overthrown leader Saddam Hussein, since the Iraqi economy is struggling with an economic crisis exacerbated by the collapse in crude oil prices, the corruption of public institutions and the fight against the DAESH terrorist organization.

Crude oil prices having dropped to $30 per barrel, along with the threat of the DAESH terrorist organization which has expanded rapidly since June 2014, have ignited a fierce economic crisis in Iraq, and the government is trying to come up with solutions to prevent the financial crisis from worsening.

Speaking to the Anadolu Agency (AA), Masud Haydar, a member of the Iraqi Assembly's Financial Committee, confirmed that the suggestion to sell state-owned estates and palaces built during Saddam Hussein's regime has been presented to the government; adding that the government has yet to take such a brave step, mostly since these estates were confiscated by political leaders. "The sale of these estates and palaces would contribute a great deal to the economy and help close the current account deficit," says Haydar.

Fellow Financial Committee member Najib Najib describes the economic crisis in Iraq as "suffocating," noting that the fight against DAESH has deepened the crisis, and that while the sale of such estates will not bring a long term solution to the crisis, it would offer funds for government use.

Necip also noted that the drop in crude oil prices has lowered salaries, increased the current account deficit and the situation requires long-term and realistic strategies, although there is a chance that oil prices could return to levels of $50 to 60 a barrel this year.

Iraqi economist Ali al-Tamimi says the deepening crisis is threatening citizens, and the sale of state-owned estates is possible as a short term solution. The country's overthrown leader has over 200 places in the capital of Baghdad, as well as other cities all over Iraq, with Tamimi noting that, while some of these palaces in Baghdad have been seized by political leaders, some are under the control of the government in the Green Zone. "Instead of selling these palaces, turning them into museums might result in a more stable and long-term income for the government," he noted. Tamimi further noted that there are lots of parties interested in purchasing these estates, and some of them might be sold for artificially low prices, while the best method to increase state income would be the development of agricultural areas, improval of infrastructure, support for religious tourism and increasing the price of the tourist visa.

Abu Ammar, a domestic appliances exporter in Karrada region of Bagdad, noted that the Iraqi economy is stagnating and that commerce has come to a halt as a result of the fight against DAESH. Since citizens cannot do business and inflation is destroying the value of the money people hold, these have resulted in an increase in thefts and pick pocketing in Baghdad. "The solution to these crises would not be the sale of Saddam's palaces, but completely getting rid of DAESH. We have reached a stage where we long for the times of Saddam," said Ammar.

According to the Finance Committee, approximately $200 billion would be made from the sale of Saddam's palaces and estates. Some political parties and circles have developed propaganda against the proposed sale, arguing that such sales would harm the state's sovereignty and that they do not want to transfer some of the estates they have seized after 2003.

The Iraqi government had approved a $67 billion budget for 2016 on Dec. 16, 2015, and 85.5 percent of the budget is to be obtained from state-administered crude oil sales. As the main source for Iraqi revenue, the 2016 budget estimated that crude oil prices were at $45 per barrel, with the steep drop in prices forcing the government to come up with alternative solutions. Iraqi Finance Minister Hoshyar Zabari has underlined that 2016 will be an economically tough year, and that some problems may arise regarding the payment of salaries to government officials.
RELATED TOPICS