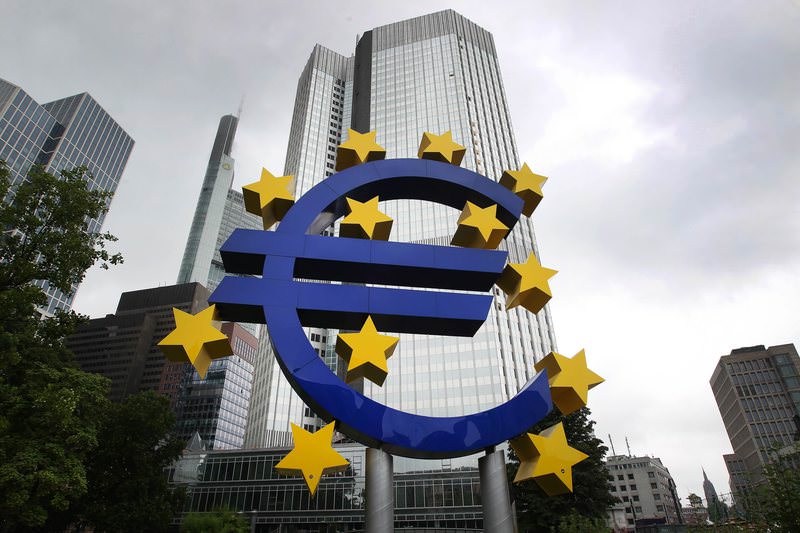 by Associated Press Feb 13, 2016 12:00 am
The 19-country eurozone is in its longest stretch of economic expansion since the global financial crisis in 2008 but growth remains paltry despite a series of tail winds and is susceptible to a reverse if the worst fears in financial markets come to fruition.

The region's economy grew by a quarterly 0.3 percent in the final three months of the year for the second quarter running, the European Union's statistics agency, Eurostat, said Friday.

Though the report contained few details on what drove the growth, information from individual countries suggests a rise in spending by consumers and governments offset the effects of waning global trade. That's certainly true for Germany, Europe's largest economy, where energy cost savings appeared to have buoyed consumers and the influx of refugees prompted the government to increase spending.

The question for 2016 is whether those over-arching domestic trends can offset the drag from outside the region. The global market turmoil of the past few weeks, largely stoked by worries over the Chinese economy, could seriously erode Europeans' sense of confidence and wealth.

If the markets are right, the economic outlook has darkened materially, raising fears that the eurozone recovery could swiftly go into reverse. The risks are heightened by the fact that many governments cannot spend much due to high debt and many banks not just in financially troubled Italy and Greece are still trying to get rid of bad loans. Even banks like Deutsche Bank, Germany's biggest, have been caught up in the market angst.

Still, the fourth-quarter increase means the eurozone has expanded for 11 consecutive quarters, its longest sequence since 2008, when the financial crisis brought the global economy to its knees. The fourth quarter rise also bested the 0.2 percent growth recorded in the U.S., according to Eurostat.

As a result, the eurozone economy ended last year 1.5 percent bigger, its highest annual expansion since 2011, when it bounced back from the savage financial crisis-induced recession.

The region's top three economies Germany, France and Italy saw unspectacular growth of 0.3 percent, 0.2 percent and 0.1 percent, respectively. Italy has become an increasing source of concern over recent weeks as its banks remain lumbered with a huge amount of bad loans that limit the ability of the financial sector to lend to the wider economy.

"The soft end to the year in several of the 'core' countries is likely to cement concerns about negative spillovers from abroad," said Timo del Carpio, European economist at RBC Capital Markets.

Overall, the eurozone as a whole has failed to generate much momentum over the past year or so despite the spending-boosting impact of lower energy costs, the export-generating fall in the value of the euro currency and the confidence-building stimulus from the European Central Bank.

And because inflation remains very low at an annual 0.4 percent and could drop below zero, many analysts think the ECB will do more at its next policy meeting on March 10. The big worry is that low, or negative, inflation rates become entrenched, causing economic stagnation as they have in Japan.
RELATED TOPICS