Abenomics on the ropes as yen soars, markets plunge 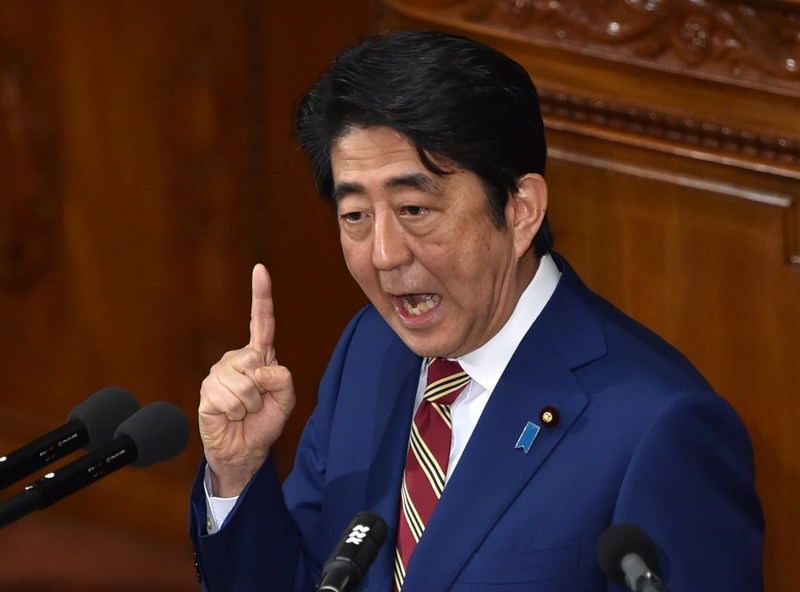 by Feb 15, 2016 12:00 am
Japan's bid to revive its once-soaring economy is on the ropes as an equity market bloodbath and resurgent yen threaten to knock Prime Minister Shinzo Abe's growth plan to the canvas.

Abe met with his hand-picked central bank chief Haruhiko Kuroda for an emergency meeting Friday amid huge volatility in global markets, which is wiping out the gains Abenomics has achieved since the premier swept to power in late 2012. All eyes will be on Japan's fourth-quarter GDP data today with many economists expecting a contraction of about 0.7 percent in the world's number three economy. That could deal a near fatal blow to Abe's easy money policies, which he hailed as the answer to beating the deflation blamed for holding back growth in the fast-ageing nation, analysts warned.

"The risk is not that Japan faces an imminent financial crisis or that the Abe administration could collapse, but rather that the government's economic program simply fails to achieve its goals," said Tobias Harris, political risk analyst at consultancy Teneo. That would leave "Japan no more capable of reckoning with the implications of demographic decline than before Abe took power". Abe's plan - big government spending, central bank monetary easing and reforms to the highly regulated economy - appeared to bear fruit at first. The yen weakened sharply, which boosted Japanese exporters' profits and sparked a huge stock market rally that bolstered Abe's claim that "Japan is back." But sustained growth in the economy has been elusive and Abe's efforts to overhaul the economy have been widely criticized as half-hearted. "(The plan) actually worked, but now it is moving in reverse," said Takuji Okubo, director of Japan Macro Advisors in Tokyo. Japan's benchmark Nikkei 225 is down about 30 percent from its summer highs, while the yen soared nearly four percent on the dollar this week. Tokyo appears to have little ability to control the yen, which jumped as traders bet on currencies seen as safe in times of turmoil.
RELATED TOPICS