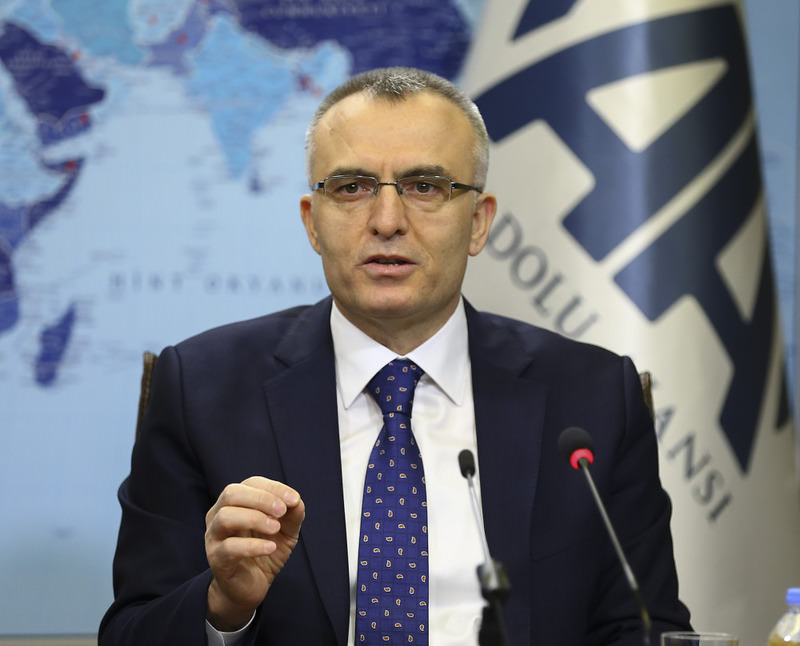 According to the budget realization report, the budget experienced a TL 4.2 billion surplus in January. Commenting on the surplus, Finance Minister Ağbal stressed the government's determination to maintain fiscal discipline

Ağbal said, "We will maintain our focus regarding fiscal discipline in 2016."

Last month, the central administration spent TL 36.909 billion, which corresponds to 26.6 percent of the TL 138.641 billion-worth of funds that were allocated for non-interest provisional budget expenditures for 2016. Staff expenses soared 17.4 percent in January 2016 compared to the same month last year, reaching TL 14.886 billion. Also, 36.7 percent of the funds that were allocated for staff expenses were spent. The provisional budget appropriated TL 40.518 billion for staff expenses in 2016.

Stare contributions to social security institutions surged 19.8 percent, reaching TL 2.598 billion in January. Consequently, 37.6 percent of the TL 6.910 billion-worth of funds that were allocated in the provisional budget was spent. Also, 15 percent of the funds that were allocated for the purchase of goods and services were spent in January. A total of TL 1.955 billion-worth of goods and services were purchased in January, and expenditures in this area soared 27.9 percent compared to the same period of last year. The provisional budget for 2016 appropriated TL 12.328 billion for the purchase of goods and services.

Current transfers increased 25.7 percent in January, reaching TL 15.987 billion. As a result, 26.3 percent of the funds that were set as a part of the provisional budget of TL 60.797 billion were spent. A total of TL 8.215 billion was transferred for health, pension and social aid expenditures last month. Agricultural incentives, which are included in current transfers, stood at TL 635 million, and the share of local administrations amounted to TL 3.992 billion.