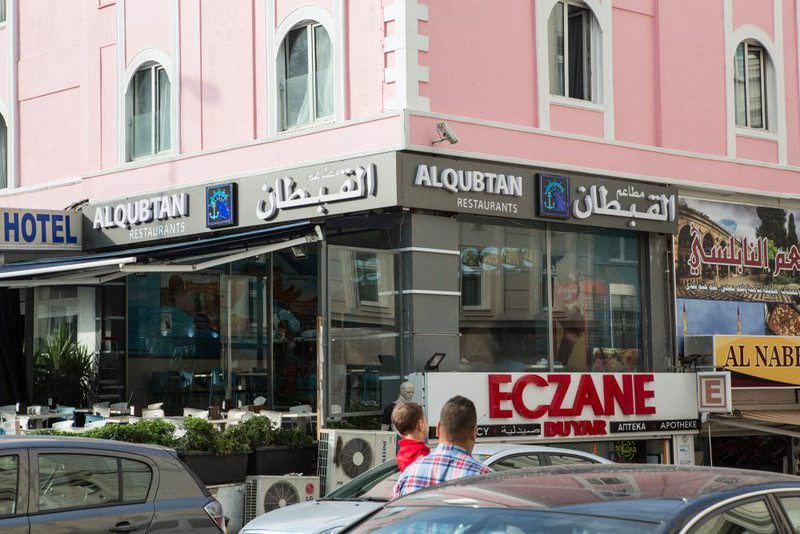 The world's largest refugee population has had a positive impact on Turkish output, economists and government officials say.
by reuters
Feb 23, 2016 12:00 am

Despite the burden of hosting 2.6 million Syrian refugees on the economy, top professionals say refugees have contributed to Turkish production, signaling their boosting effect on the economy for the long-run as well

Turkey's 2.6 million Syrian refugees may be straining the housing and jobs systems, but they're also fuelling economic growth.

The world's largest refugee population has had a positive impact on Turkish output, economists and government officials say. It may be partly responsible for an unexpected rise in third-quarter growth and stronger forecasts for 2016 output.

The migrants, fleeing a civil that has raged for five years, have bought goods such as refrigerators and cookers, a well as cooking oil, bread, flour and building materials. While most Syrians have not been given work permits and end up working illegally, the money they spend nevertheless feeds into the economy. The government also says it has spent almost $10 billion since the start of the conflict, mostly on refugee camps, pumping more cash into goods and services.

Much of the public debate in Turkey about the economic effects of the influx has so far centred on negative aspects such as how it has increased competition for low-paid work in a country with a jobless rate of over 10 percent, and driven up food prices and rents.

Signs that refugees are beginning to boost growth, potentially creating jobs in the long term, would be welcome news for a government struggling to integrate the migrants and seeking to make good on promises to stem their flow to Europe in return for cash and a revival of EU accession talks. "We have reasonable facts and evidence that either spending by 2.6 million Syrian refugees or by government has been one of the key drivers behind the positive surprise in economic growth in 2015," said Muammer Komurcuoglu, an economist at Is Investment.

Assessing the contribution of Syrian migrants - who mostly fend for themselves outside refugee camps - is difficult since at least some of their spending is rooted in the cash-based, informal economy.

One way it can be loosely estimated, say economists, is by using the "starvation line", which is set by the Turkish Trade Union Confederation and represents the bare minimum the average person would need to spend to avoid starvation - 346 lira ($117) a month. Based on this, Turkey's 2.6 million Syrians are spending at least 346 lira a month, equivalent to 0.5 percent of gross domestic product (GDP). That would rise to as much as 1.7 percent of GDP if calculations were based on the "poverty line" of 1,128 lira a month - a measure of the minimum income deemed adequate, including access to resources considered essential such as clothes, electricity and basic transportation.

But the influx of refugee is pushing up prices, particularly for food and rent and in areas with large refugee populations.

Annual consumer prices rose to 9.58 percent in January in Turkey as a whole, but in border areas such as Gaziantep, Adiyaman and Kilis the rate was 10.67 percent.

"There is no free lunch in the economy," Komurcuoglu said. "This positive growth surprise comes at a cost on the inflation and unemployment fronts."

Simsek has said the main economic challenge this year would be battling inflation, a task made more difficult by a 30 percent rise in the minimum wage that went into effect this year.

Until recently refugees have not had the right to work legally. Now a new law has been enacted to give them permits with certain limitations over where and in which sectors they can work. In addition, refugees cannot make up more than 10 percent of a company's workforce.

Some refugees with access to money when they arrived have set up their own firms, but many more - an estimated 300,000 - are thought to be working informally. That has lowered some wages and pushed some Turkish labourers out of the work force.

"The inflow of informally employed Syrian refugees leads to large-scale displacement of Turkish workers from the (large) informal sector, around 6 natives for every 10 refugees," the World Bank said in a recent paper.

However, the lower production costs should eventually help boost output and increase the demand for formal workers, leading to an extra three Turks employed for every 10 refugees, it said.

A senior economy official confirmed that more than 2.5 million refugees were supporting growth via consumer spending, hoping that with increasing numbers actually producing in the economy, the pressures on inflation may be alleviated.

"Migrants from Syria were consumers only until recently. This was creating inflationary pressure," the senior economy official said. "Now they are being given the right to work, and this will cause unemployment but also ease the pressure on inflation because they will be in the production process."
Last Update: Feb 23, 2016 1:52 am