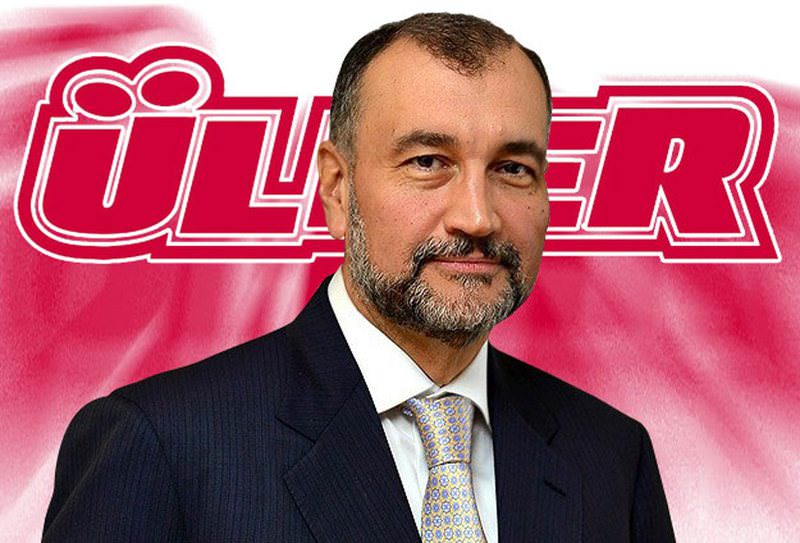 by Daily Sabah with AA Feb 29, 2016 12:00 am
Turkish businessman Murat Ülker stood at the top of 100 Richest Turks list according to data released by Forbes magazine on Monday.

The business magazine said the losses were mainly due to exchange difference and his firms' losses on the Istanbul Stock Exchange. These reasons were also behind the loss of total wealth among Turkey's 100 richest, according to the magazine.

Hüsnü Özyeğin, chairman of FIBA Holding which mainly focused on the finance sector with various other ventures, followed Ülker with a net worth of $2.6 billion, down from $2.7 billion in 2015.

Ferit Şahenk, chairman of Doğuş Holding which made investments in construction, media and automotive, ranked third with a net worth of $2.4 billion.

Rahmi Koç and Semahat Arsel, members of the Koç family that control the country's largest conglomerate, placed fourth and fifth respectively with net worths of $2.4 and $2.2 billion.

31 people from the list are also part of Forbes' The World's Billionaires list. 18 new names were included this year.

The magazine calculates a person's fortune through his/her shares in companies and cash money, real estate and artworks.

In recent years, Ülker's company has grown through the acquisitions of international firms.

Many Turkish people in the list have investments in the real estate and energy sectors.

There are 21 women in the richest person list, with the wealthiest being Arsel from Koç Holding.

Mustafa Küçük, the shareholder of LC Waikiki, a ready-to-wear clothing firm in Turkey, has a $2.2 billion fortune.

The 31 billionaires in the 'richest 100 Turks' by Forbes and annual changes in their net worths are as follows: