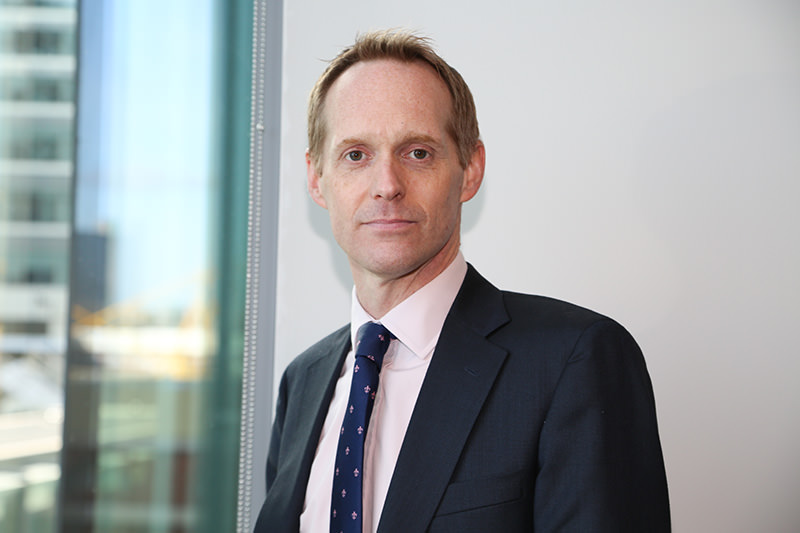 | AA photo
by Anadolu Agency Mar 01, 2016 12:00 am
A decline in public debt to Gross Domestic Product ratio and a strong fiscal position is at the core of Fitch's stable investment grade rating for Turkey, Paul Gamble, senior director from Fitch, said Monday.

Gamble, who is in charge of reports and credit rating on Turkey, said the country's strong fiscal position, declining oil prices and falling current account deficit were the main drivers behind Turkey's success of preserving its investment grade rating.

"On the fiscal side, it has been relatively positive in the sense that fiscal deficit narrowed in 2015 and government debt to GDP fell," he added.

While the political situation in Turkey is now more stable than what it was six months back, Gamble said rising geopolitical risk perception has somewhat offset the improvement seen in the political outlook.

"If you look at the macroeconomic performance side, growth is better than [what] we thought. [The year] 2015 was a strong year; 2016 again looks to be a good year. We are expecting a growth of around 3.5 percent," he said.

About the current account deficit, Gamble said Turkey is one of the biggest beneficiaries of the low oil prices.

"We are looking for current account deficit to be at 3.5 percent of the Gross Domestic Product," he said.

However, he pointed out that inflation exceeded the previous forecast and may remain that way for some time. He called for boosting effects of minimum wage increase and depreciation of lira over inflation.

"So, we are looking at 9.2 percent this year and we would expect a decline somewhat next year to 8.2 percent on an average," Gamble said.

"We are looking for higher inflation than we have previously anticipated. You put all these factors together, it's pretty much stable position over the six months." he said.
Last Update: Mar 01, 2016 10:30 am
RELATED TOPICS