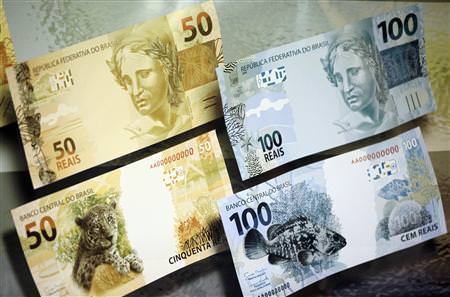 by Mar 04, 2016 12:00 am
Brazilian GDP fell 3.8 percent in 2015, the government said Thursday, in the steepest drop-off of economic growth for the Latin American giant in 25 years. The latest gloomy news from Brazil was no surprise, but the severity underlined the depth of problems facing President Dilma Rousseff's government as it battles both worsening recession and 10.67 percent inflation. The state statistics office said it was the worst annual fall in GDP since 1990, when the economy dipped 4.3 percent. Leading the slide was the industrial sector, which was down 6.2 percent in 2015. In the last quarter of 2015 the all-important mining sector was down 6.6 percent, reflecting the worldwide slump in commodity prices and demand for Brazil's iron ore and other raw materials. Services were down 2.7 percent for the year.

The GDP results put Brazil, currently the world's seventh biggest economy, in the bottom bracket for Latin America, where Venezuela is the worst performer with a 10 percent plummet in GDP, according to the IMF. Brazil's economy is forecast to shrink a further 3.5 percent this year. Meanwhile, Brazil's Central Bank on Wednesday maintained its benchmark Selic interest rate at 14.25 percent, as the world's seventh-biggest economy struggles with rising inflation and severe recession. In January, the bank also left the rate unchanged, surprising the market. A weekly survey of 100 market analysts by the central bank's Focus magazine has found expectations that the high rate will be held steady through this year, with a cut to 12.5 percent in 2017.

Officials are under pressure to ease the hardship of ordinary Brazilians squeezed by rising prices with double-digit inflation. But the bank, caught between rising inflation and a deepening recession, has been in a bind over how to respond.
RELATED TOPICS