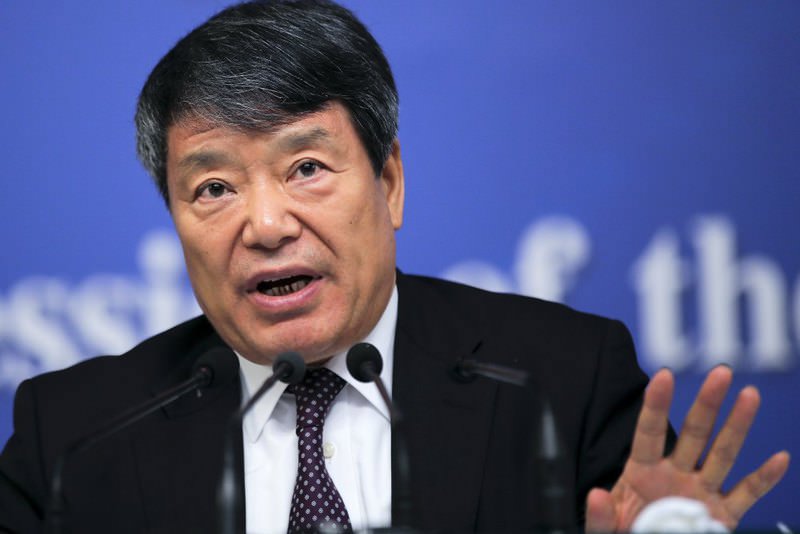 by Mar 07, 2016 12:00 am
China's economy isn't headed for a hard landing and isn't dragging on the global economy, China's top economic planner said on Sunday, but uncertainty and instability in the global economy do pose a risk to the country's growth. China on Saturday acknowledged it faced tough challenges but said it would keep its economy expanding at least 6.5 percent on average over the next five years while pushing hard to create more jobs and restructure state-owned enterprises.

"China will absolutely not experience a hard landing," Xu Shaoshi, head of the National Development and Reform Commission (NDRC), told reporters at a briefing. "These predictions of a hard landing are destined to come to nothing." China's economy grew 6.9 percent in 2015. While that rate was the slowest in a quarter of a century, the pace was still relatively fast among major economies, Beijing says.

China has set a growth target of 6.5 percent to 7 percent for this year. The state of the world's second-biggest economy and Beijing's ability to manage it were key talking points at a Group of 20 finance ministers and central bankers in Shanghai last month. Premier Li Keqiang says China has the confidence to handle the complexities both at home and abroad while pressing ahead with reforms. "In general, I think China's economy performance has stayed at a reasonable range (since 2015)," Xu said, adding that the Chinese economy shouldn't be viewed through traditional perspectives.