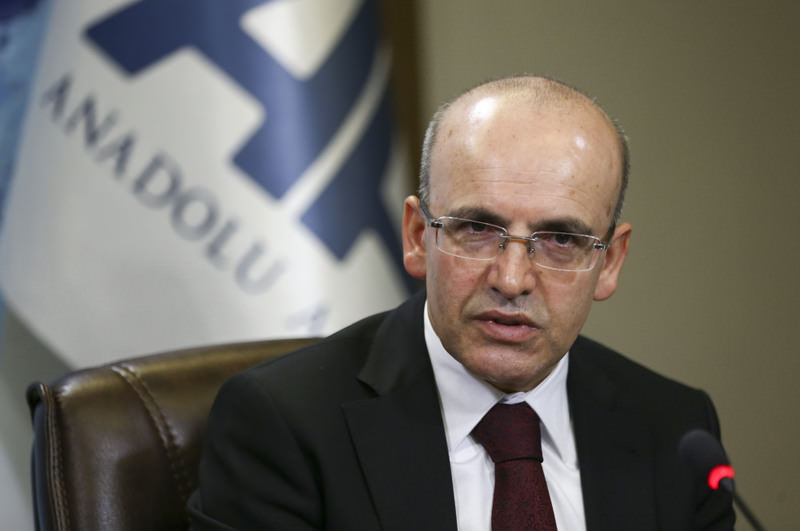 by Daily Sabah Mar 07, 2016 12:00 am
Speaking to Anadolu Agency (AA) about foreign investors' perception of Turkey, deputy prime minister in charge of the economy, Mehmet Şimşek, said: "As Turkey's economic performance and image improved between 2002 and 2007, we will hopefully make structural reforms, improve our economic performance and heal our external economic image between 2016 and 2019 as well. There is no other way. Everyone will eventually see this as long as we stand by our principles and our performance stays strong."

He said that, in terms of economic performance and putting prejudice aside, Turkey is still seen as a success story by many international platforms. Stressing that Turkey has performed better than other developing countries since 2003, with the exception of China and India, Şimşek said Turkey had the most comprehensive road map in terms of reform programs among all G20 countries.

Şimşek added that, despite recent events, there has been a sort of derogation in the perception toward Turkey because of propaganda against Turkey within and outside the country connected to the developments in the Middle East. "Does Turkey have problems? Of course it does, but which country doesn't have problems?" Şimşek said.

Stressing that Turkey's negative elements were intentionally highlighted by neglecting the positive ones, Şimşek said: "Today, Turkey is carrying a heavy burden on its shoulders. It has opened its gates to 3 million Syrians and Iraqis, and it makes all the necessary sacrifices without complaining as if it were giving a lesson in humanity to the rest of the world. While 300 to 500 people are entering another country, the greeting images at airports show great publicity. We already do this every day. Despite all of these, we have a problem, and we need to figure it out by not putting the blame on others but by working very hard."

Last week, Şimşek criticized the performance of asset management companies in the Private Pension System, and said some companies have even disinvested from various state contributions and incentives. He said the government aims to expand the Private Pension System with the aim to encourage citizens to increase their savings. He stressed the good performance of the institutions involved in this respect, and added that institutional performance is weak in general. Moreover, while citizens invest and the state provides a 25 percent contribution, this contribution is not available by the end of the term. "This needs to be questioned and we will be observing this. I have issued first warning and we will be coming up with more precautions in this respect with a framework," Şimşek said.

He also added that they are working on a system where everyone who is newly employed will automatically enter the system and spare a certain amount of their earnings for their future. However, what the automatic first contribution amount will be is still being determined, as it will depend on the number of months the newly employed will stay in the system. "Furthermore, what the state's contribution will be, what will be provided to those who withdraw from the system after some time or whether there will be a lifelong salary option are currently being discussed," Şimşek said, adding that he hopes this system will be implemented within the first half of the year.
RELATED TOPICS