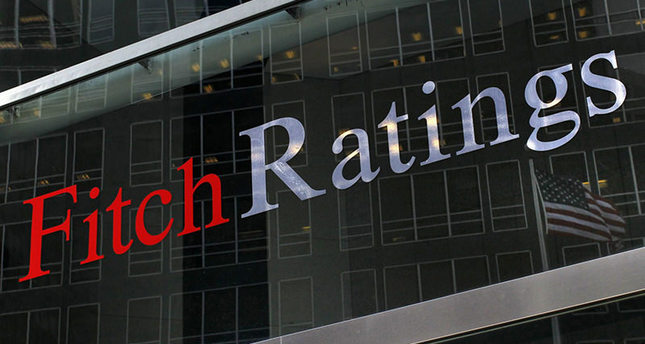 U.S.-based credit rating agency Fitch Ratings' Chief Economist Brian Coulton announced that the agency increased Turkey's growth prospect from 3 percent to 3.5 percent in 2016. Coulton also added that the strong data reported from 2015 pointed to an increase in economic momentum in the short-term. "With the support of the increase in the minimum wage and low oil prices, consumer spending has been increasing," Coulton added.

Turkey received the highest rating among the upward revisions in growth forecasts for this year in developed and developing countries that are considered by Fitch Ratings. Turkey's growth prospect is projected to reach 3.6 percent in 2017. The next credit rating and review by Fitch Ratings for Turkey's outlook is expected to be announced on Aug. 19. Russia received the largest downward revision in growth expectations among the countries receiving downward grading. The grading dropped from 0.5 percent to minus 1.5 percent.

The International Monetary Fund (IMF) revised its forecast for Turkish economic growth two weeks ago as well, indicating the economy will grow 3.2 percent in 2016 – up 0.3 points compared to a previous forecast. The economy grew 4 percent in the third quarter of 2015, which brought the nine-month average growth to 3.4 percent.

In January, deputy prime minister in charge of the economy, Mehmet Şimşek, announced that Turkey revised its 2015 growth forecast from 3 percent to 4 percent, while the government predicts that the gross domestic product (GDP) will increase to 4.5 percent in 2016 and 5 percent by 2017 and 2018. Moreover, in the same month, the Union Bank of Switzerland (UBS) announced that it had upgraded its growth expectations for the economy from 3.3 percent to 4 percent by the end of 2016.