Turkey aims to draw $50B in international direct investment 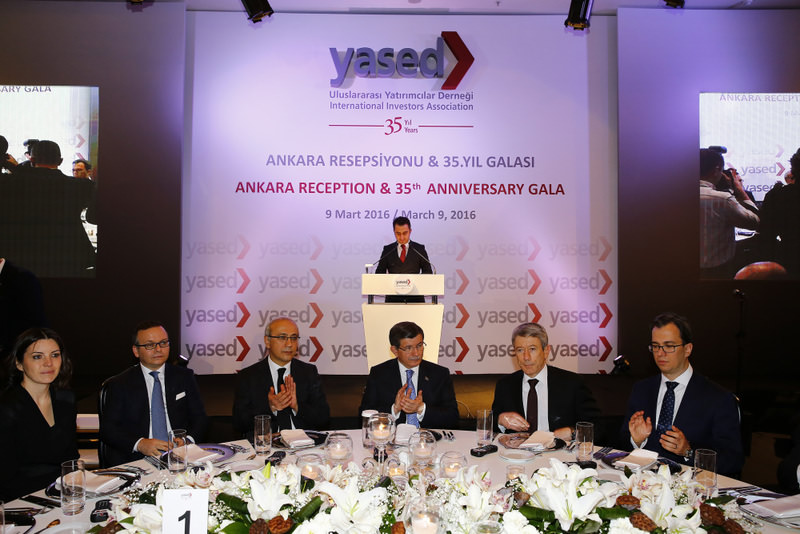 Prime Minister Davutoğlu stressed that his government never sees an investment as foreign, and listened to the requests of top executives to build a better business environment to pave the way for Ankara's $50 billion investment target

While the government's aim is to reach $50 billion in direct investment, investors are requesting the "International Direct Investment Strategy Plan" from Prime Minister Ahmet Davutoğlu.

Adding that the political power is the minimum requirement in order to draw international investment, Davutoğlu said: "The biggest reassurance we can give you is the preservation of stable political power for the next four years. Whoever invests in Turkey is the fundamental element of this country. The companies that invest in Turkey are treated the same as domestic companies."

YASED Chairman Ahmet Erdem said the proportion of direct investments could be increased to 3 percent along with structural reforms and decreases to risks in the region. "Considering the fact that the amount of direct investment was $1.7 trillion in 2015, 3 percent is equal to $50 billion with this year's numbers," Erdem added. He also stressed that international direct investments would make important contributions to employment and exports, as well as increase the gross national product (GNP) and investments in research and development. According to Erdem, they are doubling their efforts to make investments and business in Turkey easier and more attractive in order to draw more direct investments each year.

According to Erdem, international direct investments in Turkey over the past 10 years have contributed $84 billion to annual gross domestic product (GDP). "This contribution covers 20 percent of GDP by creating 1.9 million employment opportunities," Erdem said. Emphasizing the importance of the European Union accession process, competitive inducements and the law security, Erdem said: "Steps need to be taken in order to make our country more attractive over other countries in terms of the improvement of the investment atmosphere. Turkey has taken action regarding these reforms. With the contribution of political stability, I believe that the flow of investments will speed up."

YASED measured the expectation levels of the participants via an online questionnaire. The questionnaire indicated that the investors first want legal and administrative regulations to be created, and then want legal and administrative regulations to outpace those of rival countries, necessary actions to be created to foster a qualified labor force and solutions for the sectors that experience productivity problems and have become difficult attracting investment.