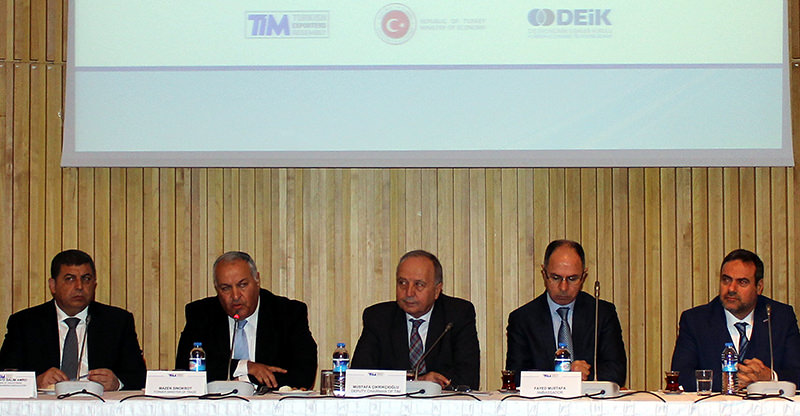 Turkey's exports to Palestine rose nine-fold over the last decade thanks to a free trade agreement, a senior representative of a Turkish business organization said on Thursday.

"Our exports [to Palestine], which totaled $9.4 million in 2005, have since increased nine-fold to reach $82.2 million in 2015," Mustafa Çıkrıkçıoğlu, deputy chair of the Turkish Exporters Assembly (TIM), said in a speech at the Turkey-Palestinian Business Forum held by the Turkish Foreign Economic Relations Board (DEIK) in Istanbul.

Çıkrıkçıoğlu said that foreign trade makes up fully 83 percent of Palestine's gross national product. "For this reason, freeing up trade routes is critically important," he added.

Çıkrıkçıoğlu noted that both countries face some obstacles in bilateral trade, as Israel charges extra taxes for the usage of customs.

A free trade agreement between Turkey and Palestine -- a country partially recognized around the world -- was signed in 2014 and went into effect in 2015.

Turkey was one of the first countries that recognized Palestine when it was established in 1988.

"But when you consider how Israel buys Turkish goods from Turkey and re-exports them to Palestine, we know that Turkey ranks second," he added.

Speaking at the same event, Palestine's former Economy Minister Mazen Sinokrat said that his country uses Turkey as an example for its health, tourism, and other industries.

"The public and private sectors in Palestine need strategic economic cooperation with Turkey," he said.