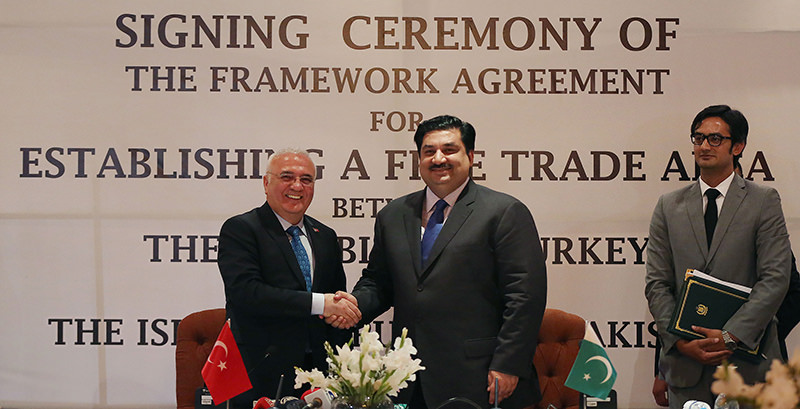 Turkey and Pakistan have paved the way for a new free trade deal, which has the potential to reduce barriers in bilateral trade and investment.

The Free Trade Agreement between the two countries is expected to be signed before the end of 2016.

Elitaş discussed with Khan ways to further enhance trade and economic cooperation between the two countries.

Negotiations over the deal were launched by Turkish Prime Minister Ahmet Davutoğlu and Pakistani Prime Minister Nawaz Sharif during the latter's visit to Turkey in October 2015.

Last year, bilateral trade was around $600 million, including $289 million imports from Turkey.

Elitaş said the two nations can increase bilateral trade to $2 billion, if the governments and private sector "paddle faster".

"Technical teams from the countries will start negotiations on goods and services after signing the framework agreement," Elitaş said, adding: "Turkish contractor sector have undertaken 45 projects, mainly energy and infrastructure, worth $2.9 billion till now in Pakistan".