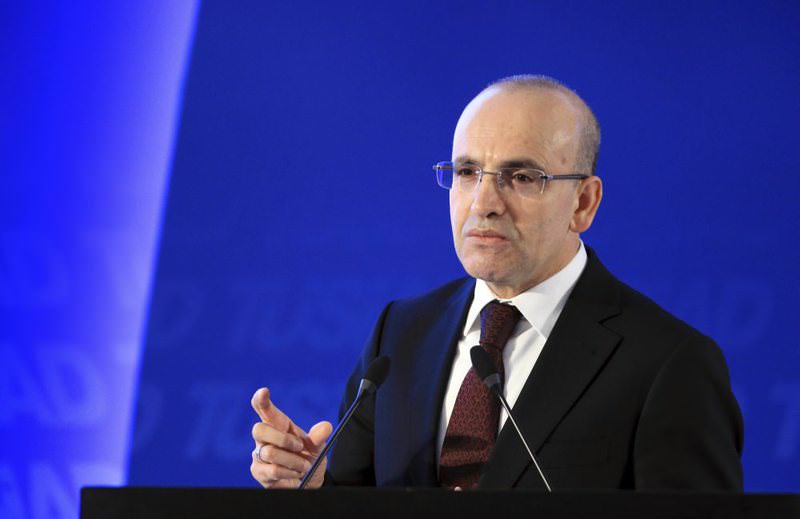 Despite the two general elections in 2015, coupled with terror, the economy experienced 4-percent growth, better than anticipated, also achieving the fastest growth in the final quarter compared to the last 16 quarters

The Turkish economy grew by 4 percent in 2015 and realized one of the fastest growth rates in the world despite two elections and terror attacks as well as low investor appetite negatively affecting emerging economies. While the average global growth rate was projected to be 3.1 percent by the International Monetary Fund (IMF), Turkey followed India and China, which grew by 7 percent and 4.1 percent, respectively, in the same period, ranking as the third fastest growing economy among G20 nations. Also, Turkey's Gross Domestic Product (GDP) growth increased at the rate of 5.7 percent in the final quarter of 2015 compared with the same period in 2014, according to data released by the Turkish Statistical Institute (TurkStat) yesterday. This is the fastest growth achieved in the last 16 quarters.

Meanwhile, the income per capita denominated in TL rose to TL 25,130 in 2015 from TL 22,732 in the preceding year, while the GDP per capita in 2015 decreased to $9,261 from $10,395 for the same period. Therefore, the decrease in income per capita is mainly attributed to the weakening of the TL against the dollar throughout 2015.

The biggest contribution to the growth came from high domestic demand, contrary to the global recession while on the supply side growth came via the finance sector. Meanwhile, as part of the Medium-Term Economic Program (MEP), the government forecasted growth in 2015 at 4 percent, revising it in January from 3 percent. Further, Turkey's growth exceeded analyst consensus estimates of 3.8 percent.

TurkStat also reported that the nominal GDP in the fourth quarter of 2015 rose to TL 34.8 billion ($12.25 billion), which was up 5.7 percent year-on-year. It added performance in the fourth quarter pushed the overall annual GDP growth to 4 percent, with cumulative GDP reaching TL 131.3 billion in constant prices.

Analysts also saw the announcement as an advantage for Turkey. "The Turkish economy showed an improved performance in the fourth quarter; GDP growth rate surpassed the market expectation of 5 percent and our expectation of 4.1 percent," ALB Securities analyst Enver Erkan said, speaking to Anadolu Agency, adding that "with the strong momentum of leading indicators, such as industrial production and confidence indexes, strong growth was an expected." Furthermore, he said the strongest contribution was from government expenditure, which grew by 6.7 percent.

"Also, personal consumption showed a 4.5 percent growth rate. We expect a weaker performance, according to leading indicators of the first three months of 2016. But, we can expect a stronger performance again, with the help from a stronger global recovery," he said.

In addition, Finansinvest chief economist Burak Kanlı said, "We closed 2015 with 4 percent growth. This is a very good growth rate. Also, a recovery observed in investments is another positive development."

Economist Bora Tamer Yılmaz at Ziraat Securities said, "We saw the Turkish economy grow by 4 percent in line with the official targets," adding, "We believe domestic consumption shouldered growth in a year in which geopolitical tension surged and two elections were held. Halk Investment's economist Banu Kivci Tokalı said positive signals from industrial production also reflected in the growth data. "The fourth quarter of last year became the period in which economic activity came to the fore. Private and public sector consumption, as well as public investments, were base elements in growth," Tokalı said.
Last Update: Apr 01, 2016 4:28 pm
RELATED TOPICS