Poverty in Russia rising at fastest pace since 1990s turmoil 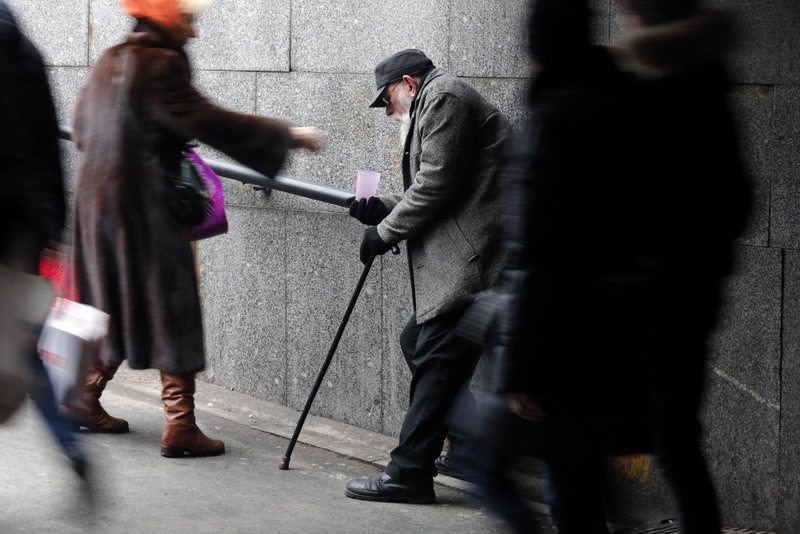 by Associated Press Apr 07, 2016 12:00 am
Poverty is rising in Russia at the fastest pace since the dark days of financial and political crisis in the 1990s, the World Bank warned yesterday. The organization, which slashed its economic growth forecasts, said 20.3 million people are this year expected to be living at or below the official poverty level of 9,662 rubles ($142) a month.

Last month, the Russian statistics service said the number of people officially living in poverty spiked nearly 20 percent in 2015 to 19.2 million some 13 percent of the population.

"The projected increase in 2016 would return poverty rates to their 2007 levels, undoing nearly a decade's worth of gains. It would represent the largest increase in the poverty rate since the 1998-1999 crisis, far exceeding the increase observed during the global financial crisis in 2008," the report states, adding that the government has little money to spare to fight poverty.

The World Bank predicts the economy will contract 1.9 percent this year as it suffers from the drop in prices for its oil exports and international sanctions. That is significantly worse than its last estimate of a 0.7 percent contraction, made in December, and the IMF's forecast in January of a 1 percent contraction. The World Bank's chief economist for Russia, Birgit Hansl, praised the Russian Central Bank for limiting inflation but warned of continuing pressure on government finances. "Maintaining fiscal sustainability will become an especially pressing challenge as low oil prices deplete fiscal buffers," she said in a statement. The new report is based on estimated average oil prices of $37 per barrel for 2016, rather than the $49 figure used in the December report. Oil traded just below $39 per barrel Tuesday afternoon.
RELATED TOPICS