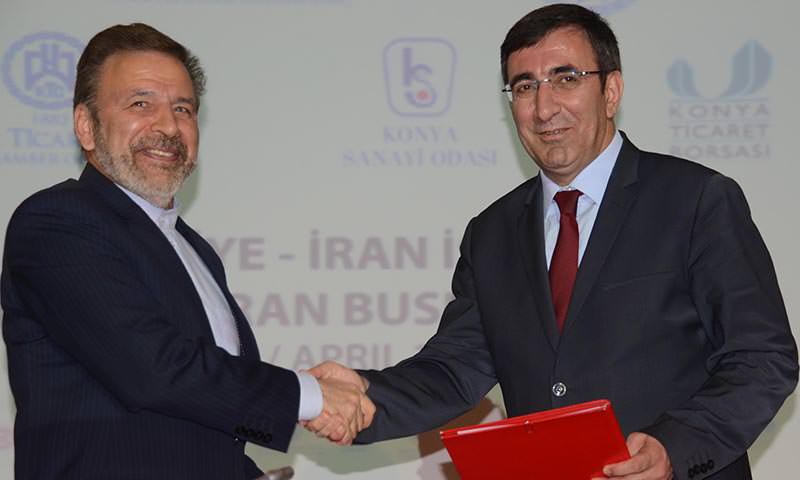 A third of trade between Turkey and Iran is now conducted in the Turkish lira or the Iranian rial, Turkey's Development Minister Cevdet Yılmaz said Saturday.

Trading in local currencies rather than the U.S. dollar benefits the trading nations as it avoids exchange rate losses, reducing trade costs.

Speaking at a meeting of the Turkey-Iran Joint Economic Commission in Konya, central Turkey, Yılmaz said: "We made some great progress and would like to add to it in the next period. We will continue to make trading easier by adding 30 more products to the protocol we will sign today."

Turkey and Iran regularly update their trade agreement with the signing of a fresh protocol to add new products to the items exchanged between the neighbors.

Yılmaz added: "Turkey will boost its trade volume with Iran as soon as possible, as export levels in March showed an increase. In 2015, we had a $10 billion trade volume and we will look to increase it to the $30 billion level."