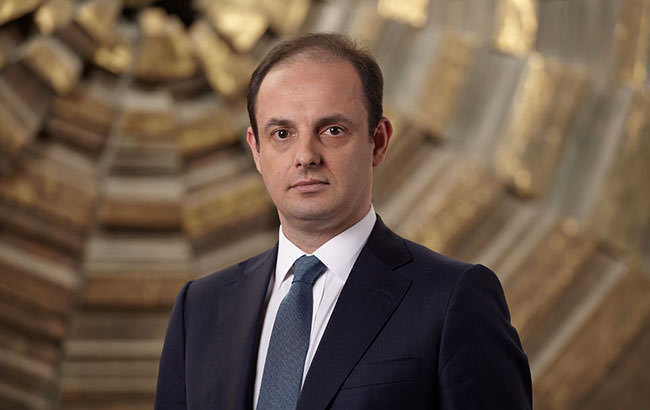 The question of who will replace the governor position of Turkey's Central Bank is largely resolved on Monday as a name has officially been proposed.

Prime Minister Ahmet Davutoğlu has ordered the government decree on the appointment of Murat Çetinkaya, current vice governor of the Central Bank of the Republic of Turkey (CBRT), to be proposed to the cabinet's approval at the cabinet held on Monday evening. The cabinet approved Çetinkaya's appointment, Deputy Prime Minister Numan Kurtulmuş announced late Monday. The term of current Governor Erdem Başçı will expire on April 19.

The decree approved by the cabinet will be presented to President Recep Tayyip Erdoğan's approval.

Previously on Monday, Mehmet Şimşek, deputy prime minister in charge of economy, said that the process to determine the new governor of the Central Bank is finalized following discussions involving himself, Erdoğan and Davutoğlu.

Born in 1976, Çetinkaya studied political science and international relations at Boğaziçi University, who also finished a double major in sociology. He received his masters degree again in Boğaziçi, and he currently continues his graduation dissertation on international finance and political economy again at the same university.

Çetinkaya started his career in international banking and treasury divisions of Al Baraka participation bank, and he later joined semi-public Halkbank in 2003, where he rose to the rank of vice general manager in charge of international banking and investor relations. He also held board member duties in several ventures of the bank. From 2008 to 2012, until he was appointed as the vice governor of the CBRT, he served as vice general manager in Kuveyt Türk participation bank.

Following the end of his term, Erdem Başçı will be appointed as Turkey's ambassador to OECD.