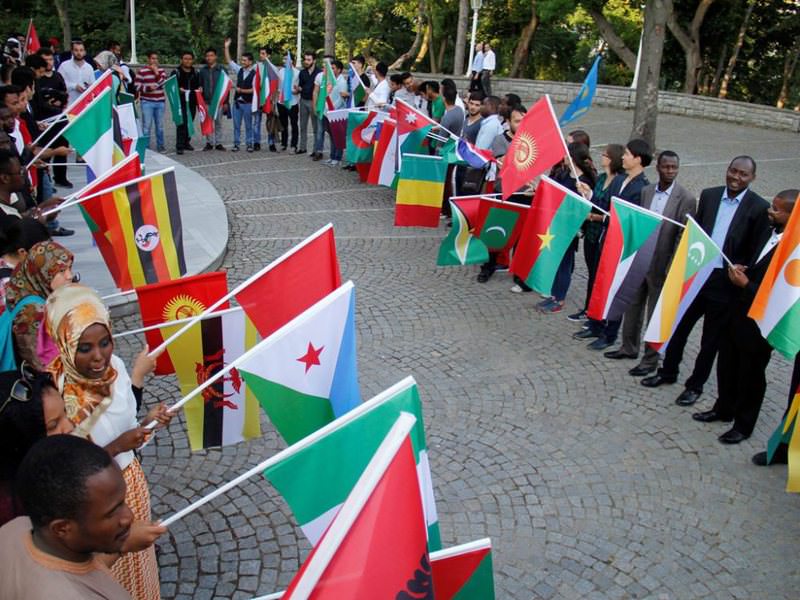 While trade volume has been increasing among Organization of Islamic Cooperation member states, there are still obstacles hindering an economic cooperation which could alleviate the Islamic Common Market

As globalization has been on the rise since the beginning of the 1980s, free trade agreements (FTAs) and common markets have increasingly become commonplace between nations. While enhancing the economic cooperation between 57 member states of the Organization of Islamic Cooperation (OIC) - the collective voice of the Islamic world to protect and promote their common interests - is among the main objectives of the OIC, its eventual target is raising economic cooperation among OIC member states that will result in a common market. However, there are many challenges OIC member states face due to their economic fragilities as well as barriers hindering the free flow of trade and funds.

According to the OIC annual report titled the "Standing Committee for Economic and Commercial Cooperation of the Organization of Islamic Cooperation (COMCEC) Trade Outlook 2015, the trade volume among OIC member states rose around fivefold between 2000 and 2008 - up from $53.9 billion to $282.7 billion. Recovering strongly in 2010 after the global crisis, the intra-OIC trade volume - the average of intra-OIC exports and intra-OIC imports - continued to increase over the following years and peaked at $393 billion in 2014. From 2001 onward, the share of intra-OIC trade increased steadily except in 2011 when it declined slightly compared to the previous year.

In order to expand trade volumes and develop economic relations, the president of the Turkey-United Arab Emirates Business Council of the Foreign Economic Relations Board (DEİK), Mehmet Habbab, suggested that some steps need to be taken to eliminate the obstacles hindering trade among the OIC member states. He emphasized that political tension and the chaotic environment in the Middle East are significant obstacles for firms in the member states to buy and sell goods to each other. Habbab added that because of the high tension in the region, firms have difficulty carrying their goods to another country, citing Lebanon as an example, to which goods can be sent from Turkey solely via marine transportation because of the chaos in Syria.

OIC member states also face significant disadvantages to achieving greater economic and trade relations. The COMCEC report points to the differences among the member states in terms of economic development and the structure of trade. Most member states have limited trading capacity, depend on a specific commodity for exports and are vulnerable to volatile price fluctuations, despite the fact that several member states have achieved considerable diversity in their exports that allow for rapid trade growth. Yet, creating an enabling environment for trade remains one of the main challenges for the member states. To this end, policies aimed at liberalizing trade, promoting trade, financing trade and facilitating trade have become priority areas on member states' policy reform agendas. Secondly, higher transport costs and cumbersome foreign trade procedures also create a significant problem for some member states, curbing not only their foreign trade but also their economic and social development. Furthermore, access to trade finance is also an obstacle for some member states. Inadequate financial resources limit the export capabilities of the private sector to export in several member states.

Also, most member states have already been facing infrastructural problems, dismal indicators of their education and health sectors and problems with budgets and trade deficits that are interrelated with their political and economic instabilities. This is also considered another barrier for the development of strong trade ties and economic cooperation among the member states.

More on the OIC and economic cooperation

The OIC has a wide range of objectives ranging from enhancing and consolidating the bonds of fraternity and solidarity among member states to ensuring active participation of the member states in the global political, economic and social decision-making processes to secure their common interests. However, there is a specific emphasis made by the OIC with a view to strengthen economic and trade relations in order to achieve economic integration leading to the establishment of an Islamic Common Market. Moreover, by establishing firm cooperation among member states, the OIC aims to achieve sustainable and comprehensive human development and economic well-being, which also include enhancing and developing science and technology as well as encouraging research and cooperation among member states in these fields.
RELATED TOPICS