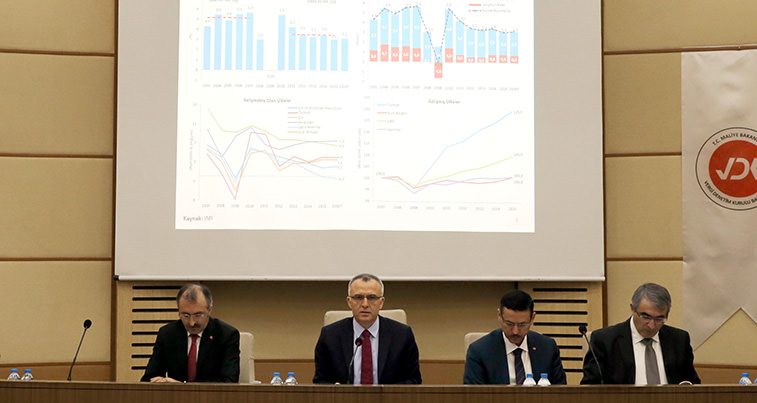 The central government budget shows a surplus of 46 million Turkish liras ($16 million) in the first three months of the year.

According to the ministry, the government's budget revenue reached 131.7 billion Turkish liras ($45.9 billion) in the first three months of the year, which was a 16.4 percent increase compared with the same period last year.

Interest expenses stood at 16.5 billion liras ($5.76 billion) in that period, a decrease of nine percent.