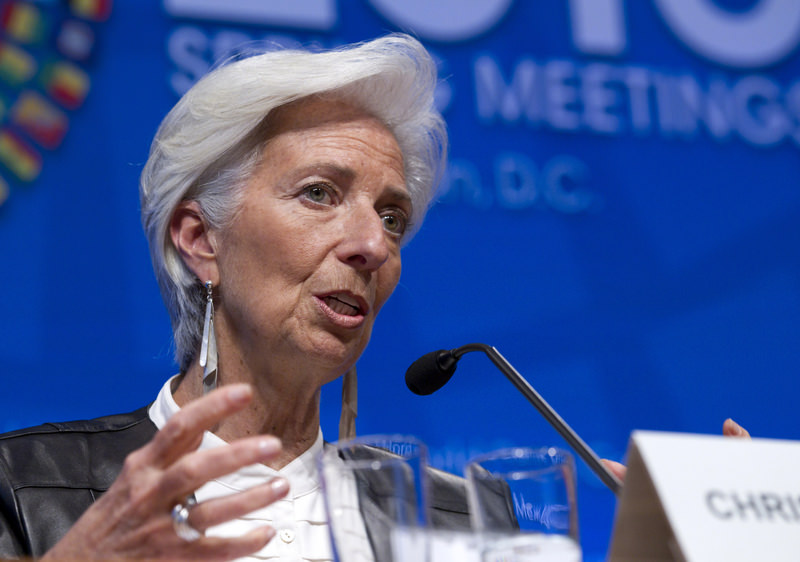 by Associated Press Apr 18, 2016 12:00 am
Global finance officials are vowing to try to reinvigorate a lackluster global economy and urging governments to embrace free trade and do more to fight tax evasion. Concluding biannual meetings by the world finance leaders, the 189-nation International Monetary Fund said in a statement that it would work toward "strong, sustainable, inclusive, job-rich and more balanced global growth."

"The global recovery is continuing, but the expansion is modest," Agustin Carstens, the head of Mexico's central bank and chair of the IMF policy panel, told reporters Saturday. "We must implement mutually reinforcing policies to boost global growth and strengthen financial stability."

Markets have stabilized after a chaotic start to the year, when fears were growing about a possible new global recession. But the IMF cited a long list of threats, from extremist attacks and the Syrian refugee crisis to the shock to global confidence from a potential exit by Britain from the European Union. The IMF foresees global growth of 3.2 percent this year, down from the 3.4 percent it predicted in January. Many nations buffeted by the forces of globalization have lost jobs and workers' wages have stagnated. In the U.S, this anger has propelled the presidential candidacy of Republican front-runner Donald Trump. In Britain, voters will decide in June whether to leave the European Union. Carstens urged nations "to refrain from all forms of protectionism."

The IMF policy group and the G-20 leaders also worked on a stronger response to international tax evasion, stepping up efforts to penalize countries that do not share tax information. IMF Managing Director Christine Lagarde called tax evasion and the use of shell companies a crucial new challenge that must be addressed collectively. "All of us are going to have to think outside the box," she told reporters.
RELATED TOPICS