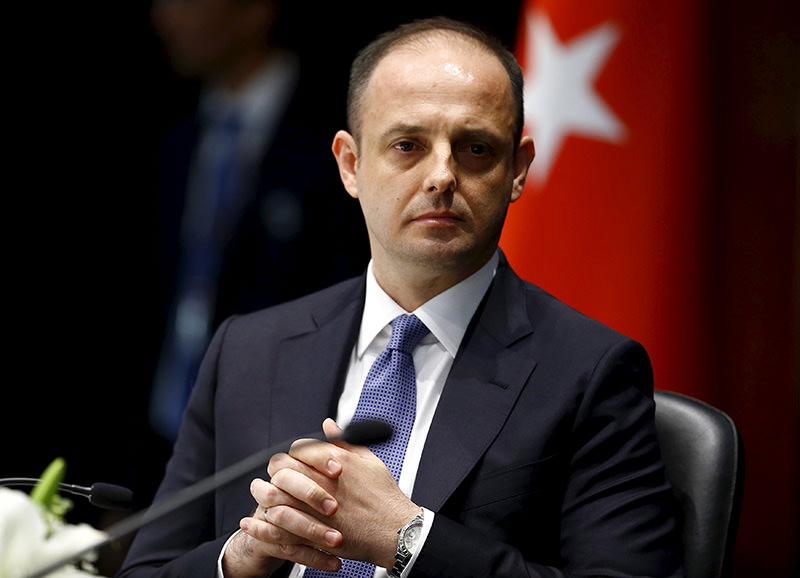 Presided over by newly appointed governor Murat Çetinkaya for the first time, the Monetary Policy Committee (MPC) held its monthly meeting to set short-term rates on Wednesday. Also, according to the CBRT's press release, the decline in global volatility has continued and global financial conditions have improved. In line with these developments, the effective use of the policy instruments in the road map published in August 2015 has reduced the need for a wide interest rate corridor. Therefore, the MPC decided to take a measured step towards monetary simplification. The CBRT also factored in the recent declining trend in inflation. While the annual rate of inflation in Turkey fell to 7.46 percent in March due to a sharp drop in food prices, following a path close to the 7.5-percent target set for this year by the government's Medium-Term Economic Program (MEP), the CBRT said that this decline is expected to continue in the short run, adding that improvement in the underlying core inflation trend remains limited, necessitating the maintenance of a tight stance on liquidity. Regarding future monetary policy decisions, the CBRT reported that the central bank's monetary stance will be determined by the outlook on inflation, emphasizing that taking into account inflation expectations and pricing behavior, the tight monetary policy stance will be maintained.

Regarding the 50-basis-point cut in the marginal funding rate, Istanbul Chamber of Commerce (ITO) President İbrahim Çağlar said that the decision by the CBRT will relieve the real sector, adding that now it is the turn of the banks to cut rates so that Small and Medium-Sized Enterprises (SMEs) can take advantage of the lower interest rates. Çağlar also said that Çetinkaya's governorship brings with it optimism regarding the economy, as a step has been taken to reach a consensus between monetary and fiscal policies. Çağlar also said that to strengthen the real sector and increase the public's purchasing power, the series of interest rate cuts should be incorporated with structural reforms.

Also, concerning the CBRT setting short-term interest rates, Economy Minister Mustafa Elitaş said that he expected the CBRT to take more brave steps to induce markets to make more investments, implying that he hopes for a further decline in interest rates at the next monthly meeting of the MPC.

Interest rates have been a topic of heated debate between the government and the CBRT since early 2014, when then Prime Minister Recep Tayyip Erdoğan - currently president - criticized the bank for keeping interest rates high.

Government officials, as well as Erdoğan, saw the high rates as a factor holding back economic growth, which needs to be over 4 percent in order to address rising unemployment.

But under the helm of Erdem Başçı, who officially ended his five-year term yesterday, the CBRT refused to cut rates as fast as Erdoğan and many government officials wanted, repeatedly linking further rate cuts to an improvement in the inflation outlook.