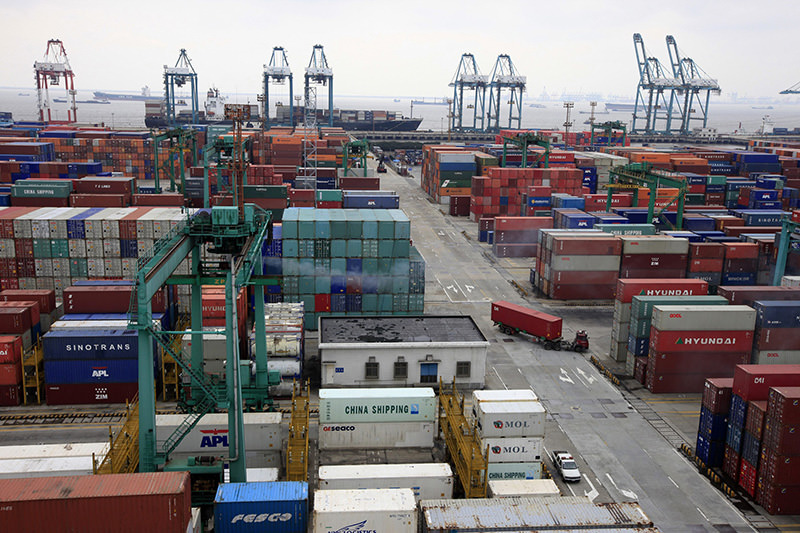 Chinese exporters have found a silver lining in weak global demand by seizing market share from their competitors - good news for China but an expansion that is aggravating trade tensions.

China's proportion of global exports rose to 13.8 percent last year from 12.3 percent in 2014, data from the United Nations Conference on Trade and Employment shows, the highest share any country has enjoyed since the United States in 1968.

The success belies widespread predictions rising costs for Chinese labor and a currency that has increased nearly 20 percent against the dollar in the last decade would cause China to lose market share to cheaper competitors.

Instead, China's manufacturing infrastructure built during the country's industrial rise of recent decades is keeping exports humming and providing the basis for firms to produce higher-value products.

"China cannot be replaced," said Fredrik Guitman, formerly China general manager for a Danish maker of silver products, adding that reliable delivery times were more important than price. "If they say 45 days, it will be 45 days."

Still, even as Chinese firms compete in more sophisticated product lines, they are unloading overstocked inventory from entrenched industrial overcapacity in sectors like steel, an irritant in global trading relationships. The United States and seven other countries this week called for urgent action to address a steel supply glut that many blame on China.

At the same time, China's imports from other countries fell sharply - down over 14 percent in 2015 - leading some economists to suggest China was deploying an "import substitution" strategy that is pushing foreign brands out of its domestic markets.

On Wednesday, Beijing rolled out fresh measures to support machinery exports, including tax rebates, and encouraged banks to lend more to exporters. Machinery and mechanical appliances make up the biggest portion of China's exports.

Such policies may not be welcomed in the United States, where Republican presidential hopeful Donald Trump has called for 45 percent tariffs on Chinese imports - a message that appears to resonate with American voters.

The risk is that the Chinese firms successfully moving up the value chain will see their overseas profits destroyed by a trade war if Trump's ideas find place in policy.

Chinese firms' tenacity in overseas markets is largely built on the country's investment in a massive and integrated supply chain infrastructure, which makes them faster and more reliable to foreign companies that outsource all or some of their production.

"Reliability and speed is more important than price," Guitman said. "An out-of-stock product will hurt much more than a slightly higher price."

This manufacturing playground is allowing companies that make their own original goods to tinker with their products and branch out.

"China's export structure may not be as sophisticated as that of high-income economies, but with a better educated labor force and increasing investment in innovation, the country's products are now generally of a higher unit value and require more skilled labor," HSBC economists said in a report.

Critics say much of China's move up the value chain has been the result of pressure on foreign firms to transfer technology combined with a systematic and sustained campaign of industrial espionage targeting foreign technology.

Privately owned SZ DJI Technology Co Ltd, a drone maker, is an example of how far Chinese exporters have come. The company has taken advantage of the smartphone component manufacturing ecosystem in the southern city of Shenzhen to take 70 percent market share in the United States, a report by investment bank Oppenheimer & Co says.

A DJI spokesman credited the availability of skilled labor as its key advantage.

The playground has also offered hope to firms in oversaturated industries.

Shanghai-based ReneSola, for example, was once one of a herd of Chinese solar panel manufacturers, stuck in a glutted industry and heavily in debt.

But the company's investment in LED, or light emitting diode, is now paying off, giving it a fresh product line to export to the United States.

ReneSola's U.S. marketing head Naveed Hasan said that the firm's position in China was an advantage.

"We are able to use our brand and leverage the great number of contract manufacturers."

But while China has expanded its share, that share is of a shrinking pie and the country's firms have yet to develop the branding power of the likes of an Apple or Louis Vuitton.

Much of Chinese industrial innovation has focused on process and production improvements to make products at lower cost but acceptable quality.

That has some worried rising labor costs and a stronger yuan, or renminbi (RMB), will have an impact.

"This has put pressure on firms to upgrade," Li Jian, head of foreign trade research at the Chinese Academy of International Trade and Economic Cooperation, the Commerce Ministry's think-tank, said.

China's producer pricing power has been falling for four years and the Chinese government sees more rough weather ahead.

"The circumstances surrounding foreign trade this year remain both complicated and gloomy," Commerce Ministry spokesman Shen Danyang said on Tuesday. More than half of 3,000 companies surveyed by the ministry "believe the situation this year is increasingly grim."