With US economy in soft spot, Fed likely to keep policy on hold 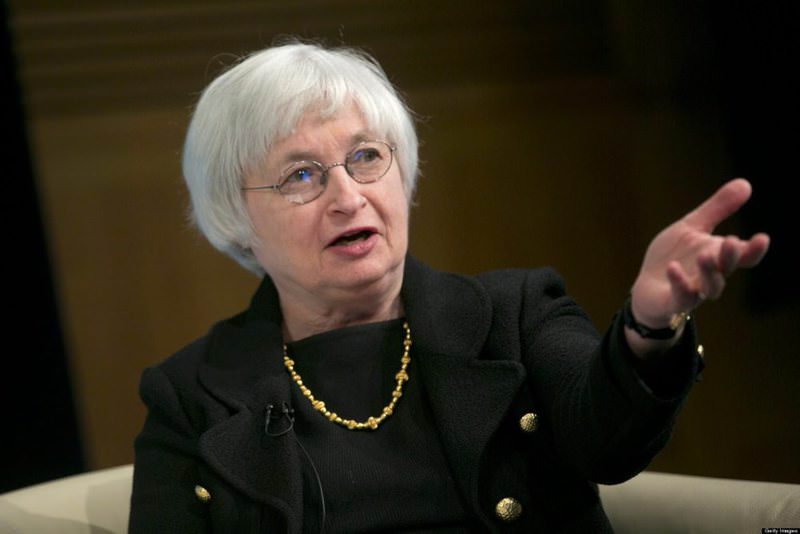 Analysts say the heavier hand of dovish Fed Board Chair Janet Yellen together with a possible Brexit, the still-simmering Greek crisis and other worries about the international economy should keep the balance against an increase.
by Apr 25, 2016 12:00 am

U.S. policymakers are expected to hold interest rates steady, but may tweak their description of the economic outlook to reflect more benign conditions, leaving the path open for future rate increases

Persistent worries about the global economy and the possibility of Brexit - Britain's pullout from the European Union - will probably keep the Federal Reserve on hold this week as it reviews interest rates. The policy-setting Federal Open Market Committee will also be buying time to be sure the U.S. economy picks up from a modest first-quarter slowdown and more unexpected weakness in inflation, analysts say. Minutes from the FOMC's March meeting and speeches by Fed officials show the group is divided between those who think another increase in the benchmark federal funds rate after December's is appropriate now, and those who want to wait.

But analysts say the heavier hand of dovish Fed Chair Janet Yellen together with Brexit, the still-simmering Greek crisis and other worries about the international economy should keep the balance against an increase. The FOMC meets on Tuesday and Wednesday, its third meeting of a year that began with expectations of a possible four rate increases to take the Fed funds rate to 1.25-1.50 percent by year's end.

But after the deep turbulence in international financial markets at the beginning of the year, and then some weakness in U.S. consumer spending and business investment clouded the growth picture, expectations were lowered to just one or two quarter-point increases this year.

"Following an unexpectedly dovish turn by Chair Yellen last month, it seems to be a done deal that the Fed will leave its interest rate unchanged," economist Harm Bandholz of Unicredit said. Paul Ashworth of Capital Economics agreed.

"The Fed is very unlikely to raise interest rates at the upcoming FOMC meeting," he said. "Nevertheless, we expect the Fed to leave the door open to a rate hike at the next meeting in mid-June." The meeting comes amid a debate inside and outside the Fed about whether the U.S. economy is insulated enough to withstand more volatility in global financial markets and continued slow growth around the world.

The International Monetary Fund cut its outlooks for world and U.S. growth last week, citing significant outstanding threats, including regional conflicts and Brexit. Economists are also cutting their expectations for U.S. first-quarter growth, with Unicredit penciling in a very slow 0.5 percent annual pace. Against that, the Fed has to weigh positive signs such as continued strong hiring that is boosting household incomes, and the dollar's recent fall, which will buoy exports.

The minutes to the Fed's last meeting show some advocating an earlier rate hike to ensure the Fed does not miss the boat when inflation picks up. But other members of the committee, which Yellen leads, were very skittish.

Many in the group felt that "a cautious approach to raising rates would be prudent or noted their concern that raising the target range as soon as April would signal a sense of urgency they did not think appropriate."

Then there is Brexit, which could create deep disruptions in trade and investment relationships beyond the European Union.

With Britain set to hold a referendum on the issue only on June 23 - a week after the Fed's June meeting - Stephen Oliner of the American Enterprise Institute said the risk it poses should keep the Fed on hold even then.

"I don't see how they would feel confident enough that they could signal June is likely, given that the outcome of the Brexit vote won't be known until after the June FOMC meeting," he said.
RELATED TOPICS