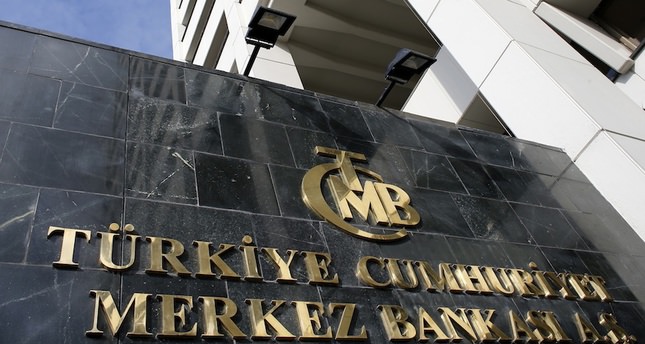 Motivated by the 50-base-point decrease in the marginal funding rate by the Central Bank, banks started charging firms lower interest rates, trade credits being the most striking example with a 1.71-percent cut

Following the Central Bank of the Republic of Turkey's (CBRT) decision to lower- the upper-band interest rate by 50 points last week, trade credit rates by banks for loans given out to firms decreased 1.71 percent from 15.08 percent to 13.37 percent. The recent cut of the overnight lending rate, also called the marginal funding rate or simply the upper band of the interest rate corridor, will boost short-term banking sector profitability, Moody's said in its latest credit outlook report Monday. "Given that the Turkish banks' deposits tend to be predominantly shorter term [up to three months] compared with longer-term bank assets, the banks' lower funding costs will benefit their net interest income," Moody's report says.

Moody's report added, "Furthermore, given that foreign currency funding in the banking system accounts for up to 50 percent of total liabilities, the Turkish lira exchange rate has a direct bearing on the banks' profitability,"

Thereby, Moody's expressed that Turkish banks will highly likely benefit from the reduction in the short term funding rate in TL terms.

Parallel to the interest rate cut, the weighted average of the CBRT's funds lent to banks kept on declining. The weighted average of CBRT funding, which was reduced to 8.45 percent, encouraged the banks to lower the trade credit rate. As a consequence, banks made the most striking cut in credit rates. The week prior to the CBRT's interest rate cut in April, the trade credit rate already saw a decline of 0.43 percent. Thereby, with the 1.71 percent cut in the credit rates implemented for the week ending April 15, the total decrease in trade credit became 2.14 percent for the first half of April.

Along with the positive atmosphere in the flow of global capital, these declines in credit rates will provide more firms and households with credit. This, in turn, is expected to fuel consumption, production and investments in the economy.

In its last meeting held on April 20 under the leadership of new CBRT Governor Çetinkaya, the monetary policy committee of the CBRT decided on a 50-base-point rate cut of the overnight lending rate, from 10.5 percent to 10 percent, while holding the policy rate at 7.5 percent and the overnight borrowing rate at 7.25 percent. The CBRT's decision in April is a continuation of the 25-base-point rate cut implemented in the upper band of the interest rate corridor in March. The rate cut decision made in March was the first rate cut in the late 13 months.

Moreover, most economists expect that the CBRT will go for a limited revision of its annual inflation forecast downward in line with sharp decreases in food prices in its Inflation Report to be announced today.