Russian experts warn of long years of stagnation in the country 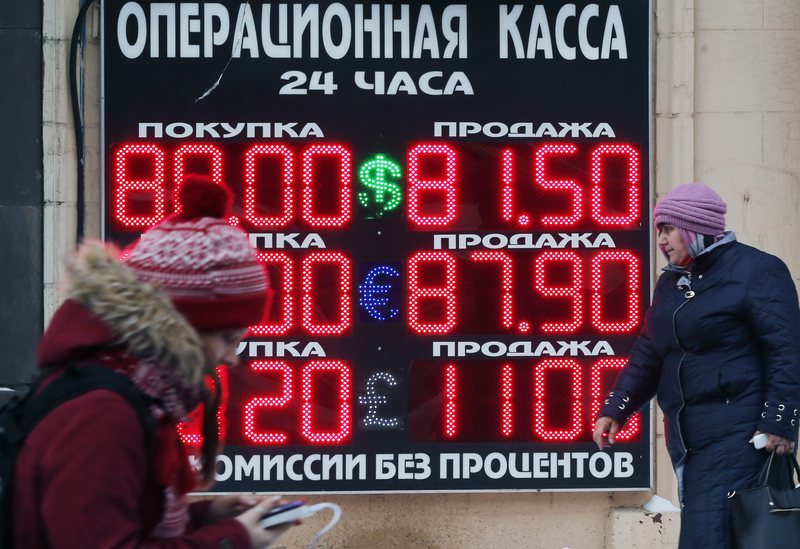 Valentina Matvienko, speaker of the upper house of the Russian parliament, has spoken about systemic reasons contributing to the "difficult economic and financial situation" in the country.

She made this remarks in St. Petersburg after a speech dedicated to the 110th anniversary of the first State Duma.

Speaking at the April 29 meeting, Matvienko pointed out that because of the "difficult financial situation," Russia is unable to effectively develop any strategic planning, reported Gazeta.ru.

It added that, according to Matvienko, this sphere of activity is vital for the country's progress but it remains ineffective as Russia's strategic planning system was poorly developed, and there remains a real gap between targets determined and resources allocated.

Matvienko also noted "a complete absence of effective mechanisms for practical implementation of the relevant law, because the system that coordinates state and municipal administration continues slipping".

She added that "the administrative vacuum in this sphere is unacceptable and I consider it appropriate that the preparing of documents relating to strategic planning is entrusted to specific state bodies".

With far more candor, the first deputy chair of Bank of Russia, Ksenia Yudaeva, declared that the if structural reforms were not carried out and the productivity of labor was not increased the Russian economy was doomed to "eternal stagnation" RIA Novosti reported earlier, on April 19.

The report added: "If purposeful structural policy which creates opportunities and incentives to improve productivity, diversify the economy is not carried out, the growth rates still remain low".

Naming challenges faced by the country, Yudaeva said Russia was faced with the problems that will continue to hinder economic growth.

"The first problem is demography: Each year the working population is decreased by 900,000 people. It may not affect the growth rate. The Russian labor market is not ready yet for the challenge of growing [its] labor force," adding that employers do not pay enough attention to training staff older than 40-45 years, noted the Russian Business Courier, RBK, Apr 19.

According to Yudaeva, speaking in RBK, making necessary investments were necessary to ensure increased productivity. "This process is often necessary for the development of new companies in the market which in a highly competitive environment are forced out due to outdated means of production."

She noted Russian exports' low range of diversification: "Russian foreign trade focuses on the production of specific goods, which were produced in surplus capacity, and also underwent a devaluation in price, a situation that will last for several years", RBK reported.

In comments reported by Rosbalt Agency, Yudaeva admits that "investment's share in the GDP has decreased in the recent years. In order to increase the share of investment in GDP and for uplifting the economy there is a need to contribute extensive investment resources with adequate profitability; optimize and improve the efficiency of public spending; and to attract direct investment. All this will have an effect only if policies are implemented which encourage businesses to increase productivity".

Yudaeva has "proposed a set of structural measures which is far from exhausting the entire range of reforms which can be taken to enhance the potential for economic growth and productivity. It is important to take account of these issues due to the fact that we are dealing with a structural shift of the economy. The above limitations may contribute towards preserving the existing economic structure, thus condemning the economy to eternal stagnation," added the Rosbalt report.

Russian Deputy Prime Minister Olga Golodets has declared that the reduction in domestic consumption will not enable the economy to progress, adding that consumers were facing a crisis.

"This tendency reflects a consumer crisis, and this is the most important factor that hinders the development of the economy."

The euphoria about the government's foreign policy in Russia is gradually waning. The bottom line is that Russia is an unenviable economic situation. "In Moscow, as a wave of panic has swept, the Kremlin hides its head in the sand", noted Ivan Ellov, Stern's Moscow correspondent.

"According to opinion polls, around 70-82 percent of respondents believe that the country is in crisis. According to the Russian Statistics Agency, 19.2 million people are living today under the poverty line," wrote Ellov, adding: "The Kremlin is making every effort to embellish the deplorable situation in the economy.

"'Russian journalists are forbidden to use the phrase 'anti-crisis measures'"- an employee of a Russian news agency told Ellov, who observed that: "In fact, the effects of a severe recession, falling oil prices and Western sanctions … impact on the daily lives of inhabitants of the country."

It was announced that from April 27 ex-Finance Minister Alexei Kudrin would be chairman of Russia's Strategic Policies Centre, tasked with leading the country out of crisis. "

In Moscow, there is a wave of panic, notes Ellov, before adding: "The reforms will be scheduled only after 2018. For a good reason: in September 2016 the Russians choose the parliament and presidential elections [are] scheduled for the spring of 2018. Until then, Putin will avoid any actions that may interfere with his re-election."