Transporters are the sole beneficiary of Ankara-Moscow tensions 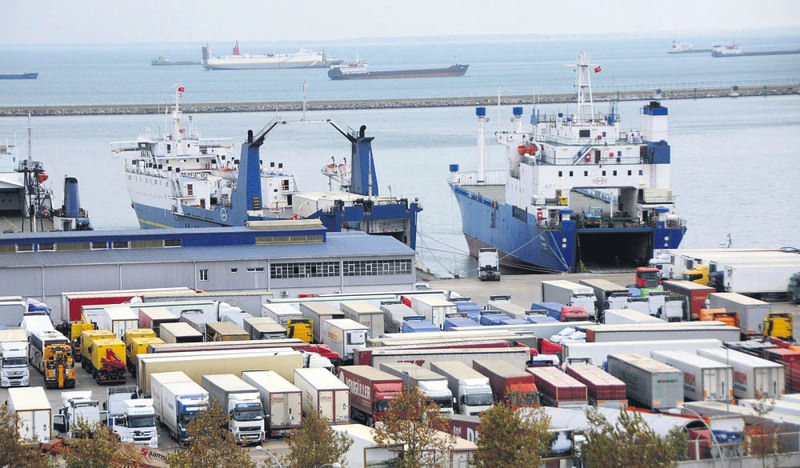 by Anadolu Agency May 02, 2016 12:00 am
Passage fees in the Caspian Sea, where Turkish transporters have started passing to reach Central Asian markets following the fighter jet crisis between Turkey and Russia, have been reduced by nearly 40 percent.

Economy Minister Mustafa Elitaş said the diversification of routes used in exports and the access to export destinations at a lower cost and a shorter time creates significant competition in exports. Underlining that this situation guarantees the sustainability of transport, Elitaş stated the government has prepared the Transformation Action Plan from Transport to Logistics as a part of the 10th development plan, which considers the contributions that the creation of alternative export routes will make to the national economy.

Fatih Şener, the head of the International Transporters' Association, said the Caspian route was previously used via the Baku-Kazakhstan and Baku-Turkmenistan lines, but was closed due to the crisis with Russia last November. Şener noted that fees for Turkish ships to Turkmenistan and Uzbekistan passing through the Baku-Turkmenbashi Port line have been reduced by 40 percent, adding, "Discounts for passage fees on these lines have been made with the support of our Economy Minister Mustafa Elitaş and Transport Minister Binali Yıldırım. We increased the number of Turkish ships carrying export goods to Central Asia to 5,000 in 2015 from 3,500 in 2014. We want to increase it to at least 10,000 this year and 20,000 two years later. We want to move some of the export traffic through Iran to this route."

Şener also said that if Turkey can reach Central Asia faster and at lower costs, it will increase the competitive power of both Central Asia and Turkish exporters. Stressing that the Caspian Sea is becoming a more important route for Turkey, Şener said the role of the Caspian Sea as a transit route will increase further after a highway agreement between Turkey and China is signed in May. "We must support Caspian Sea transit as a national policy," he concluded.
RELATED TOPICS