US jobs may offer solace after stalled growth 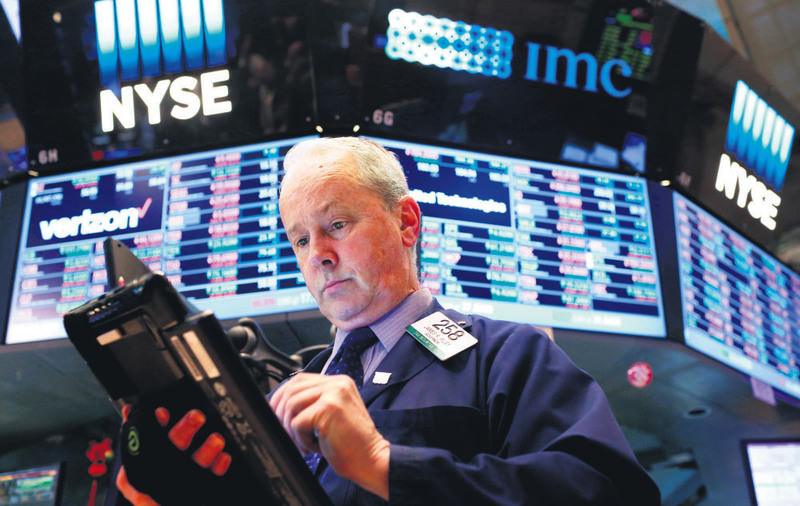 After almost stalling in the first quarter, the U.S. economy will show whether it is back in gear in the coming week with the report on the labor market, that has so far shrugged off global concerns and the strong dollar

U.S. gross domestic product increased in the first quarter at an annualised rate of just 0.5 percent, implying quarterly growth of around just 0.12 percent, its weakest pace in two years. It was hit by soft consumer spending, businesses cutting inventories and investment and a strong dollar hurting exports. The labour market though remains robust, with average employment gains of 209,000 in the first quarter. A further 200,000 of non-farm payrolls are foreseen for April, data on which will be released on Friday.

The Federal Reserve left interest rates unchanged in the past week and kept the door open to a hike in June while showing little sign it was in a hurry to tighten monetary policy further given the economy's slowdown. It hiked rates in December for the first time in nearly a decade. The core rate of PCE (personal consumption expenditure) inflation, the Fed's preferred gauge, remains below the central bank's 2 percent target in the first quarter, easing to 1.6 percent in the year through March, making rate hikes less likely. Wage growth was also muted. However, strong labour market data could eventually be the trigger for Fed action. Harm Bandholz, chief U.S. economist at UniCredit, believes the Fed will act in June, although this depends on how quickly employment gains impact household spending and cause the economy to rebound.

"There's no loss of underlying momentum in the labour market," Bandholz said, adding that there could be fewer jobs gains because mild weather did not curb construction so much in previous months.

"Something like 175,000 or more should give the Fed confidence that things are going OK."

Jobs apart, purchasing manager indexes (PMIs) from the Institute of Supply Management on Monday and Wednesday are also expected to show U.S. manufacturing in a second straight month of growth in April and consistent expansion in the services sector.

In Europe, the euro zone economy grew at its fastest pace in five years in the first quarter, driven by expansion in France and Spain and surpassing both the United States and Britain, although it may prove just a blip and the bloc also returned to deflation this month. Euro zone factory activity is growing at only a weak rate in April from March, according to expectations for Monday's manufacturing PMI index. The services PMI is also seen showing no real acceleration after a 13-month low in February. The euro zone's growth surge came less than a year after

Greece was nearly ejected from the bloc. The indebted nation will back on the agenda in the coming week as Athens and its international lenders close on a deal on a package of reforms and further contingency measures. The work is expected to conclude when euro zone finance ministers convene in Brussels on May 9.

Outside the G7, Australia's central bank will meet for a policy review on Tuesday and, although it is widely expected to keep its cash rate at a record low of 2.0 percent, some economist expect a cut. Consumer prices fell unexpectedly last quarter and key measures of core inflation slowed to a record low and well below the Reserve Bank's 2-3 percent target range.