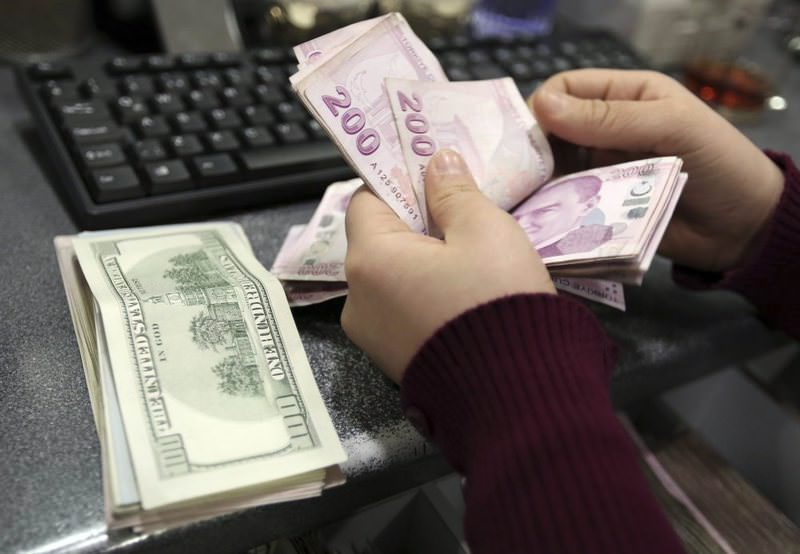 Gold rose and the dollar jumped to TL3 after the AK Party's extraordinary congress decision on Wednesday, but fell below TL2.90 following PM Davutoğlu's speech on Thursday

Approaching TL 3.00 following the ruling Justice and Development Party's (AK Party) extraordinary congress decision, the dollar is maintaining a level below TL 2.92. The price of gold per gram, on the other hand, hit a record high at TL 121.97. Additionally, the Turkish lira's devaluation against the dollar has surpassed 6 percent since the previous week. Following the AK Party's Central Executive Committee meeting, where Prime Minister Ahmet Davutoğlu made a speech announcing his resignation, the rate of the dollar against Turkish lira dropped below 2.90.

Showing a drastic increase on Thursday in the aftermath of AK Party's congress decision, the dollar dropped below TL 2.92, which affected gold prices, reaching up to TL 122 per gram even though it started the day at TL 117.85 per gram. Especially after domestic markets closed, it increased 3 percent - up to TL 121.87. The dollar-TL parity increased along with the expectations regarding the AK Party's decision to hold an extraordinary congress in May 22, following the meeting between President Recep Tayyip Erdoğan and Davutoğlu on Wednesday. After testing the TL 2.9765 level yesterday on the liquidity market, the dollar opened today at TL 2.93, but is currently holding steady below TL 2.92.

In parallel with the global weak level of the dollar last week, the dollar-TL parity, which had maintained a level below TL 2.80 last week, the lowest level over the past six months, opened yesterday with TL 2.85, and it was traded at around TL 2.8850 before the meeting between Erdoğan and Davutoğlu - marking a 6-percent devaluation. Also, the Borsa Istanbul stock exchange's BIST-100 index was down 2.10 percent at the session opening yesterday. The benchmark index decreased 1.67 points to open at 77,712.51. Speaking to Reuters after the Erdoğan-Davutoğlu meeting, AK Party's senior officials said the ruling party would hold an extraordinary congress in the coming weeks, but Davutoğlu was not expected to run for the leadership.

The meeting between Erdoğan and Davutoğlu, who have been experiencing some long-rumored tensions led by the presidential system, was closely followed by the markets.