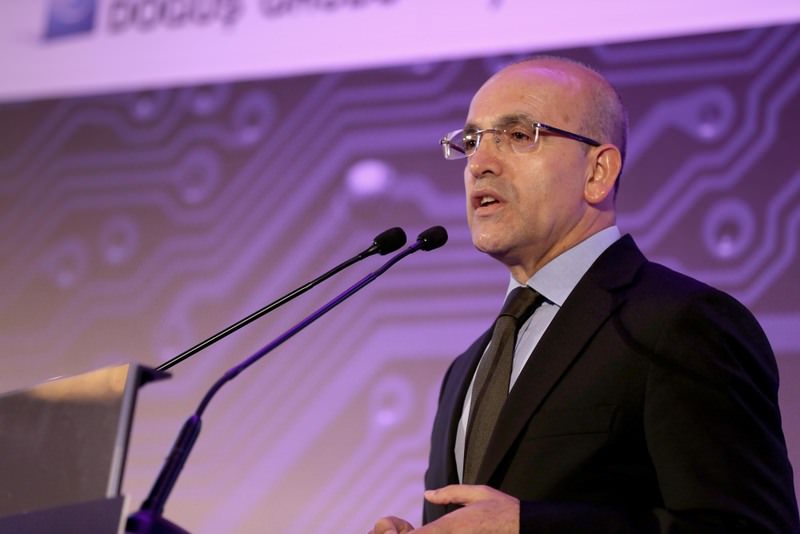 by Daily Sabah May 07, 2016 12:00 am
The deputy prime minister in charge of the economy, Mehmet Şimşek, said on Friday that the country needed to speed up structural reforms in order to achieve 5 percent annual growth. Speaking at the Forum Istanbul conference, Şimşek stressed the need to enact the necessary structural reforms to achieve the medium-term growth targets set and strengthen the economy. Şimşek pointed to the potential danger of geopolitical tensions as well, which could have a negative impact on the economic growth of the country. According to Şimşek, successful implementation of structural reforms may even put Turkey back on the path to 6 percent or 7 percent annual growth.

Concerning reforms and paying particular attention to the labor market, Şimşek said it is very difficult to raise the employment rate, per capita income and the savings rate without labor market reform. He also said the rise in the number of Syrian refugees will have a positive effect on the unemployment rate.

While pointing to the depreciation of the Turkish lira as the biggest determinant of inflation, Şimşek said the government aims to reduce the trade deficit to below 4 percent, which could be leveled off by the negative developments in the tourism sector and domestic demand. He added that the deficit is financed through foreign direct investments (FDI) and long term credit. He also said the government should aim to keep the current account deficit below 1 percent.

Pointing to declining commodity prices and the expansionary policies followed in the eurozone to revive the region's economy as positive factors, Şimşek said the sustainability of the public sector debt stock is no longer a problem given the Justice and Development Party's (AK Party) success in maintaining fiscal discipline. While warning Turkey and the world of the basic, persistent problems, Şimşek said Turkey has been going through "nice spring days," which should not deceive. Instead, he drew attention to the private sector's debt problem. Şimşek stressed that if Turkey has a debt stock problem, this largely stems from the private sector's debt problem.

Şimşek said the AK Party has always focused on the implementation of reforms since it came to power in 2002, adding that despite the fact that the AK Party produced solutions for some of the structural problems Turkey had been experiencing, the reform process is dynamic and always needs continuity.

The European Commission revised Turkey's growth forecasts upward this week for 2016 and 2017. According to the European Commission's Spring 2016 Economic Forecast report, Turkey is predicted to grow 3.5 percent this year and also in 2017, both 0.1 percent higher than forecasts from previous reports.
RELATED TOPICS