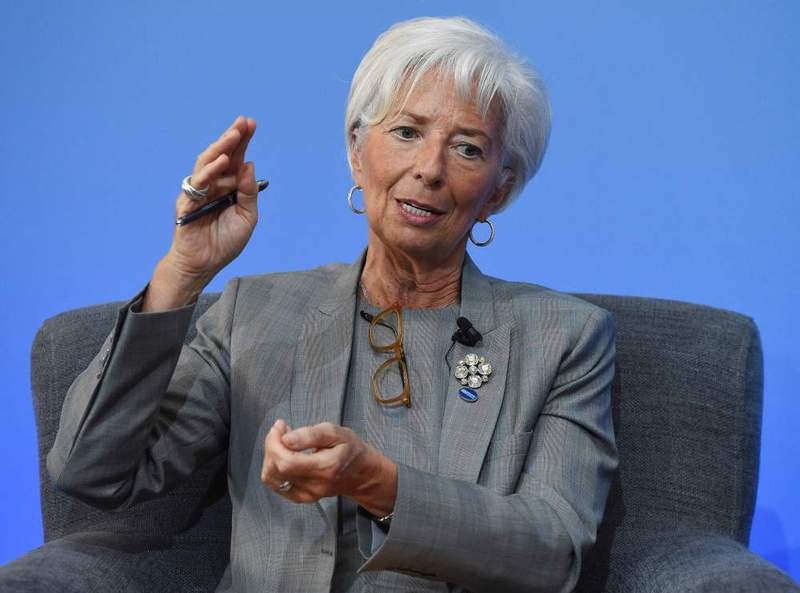 by May 13, 2016 12:00 am
Public sector corruption siphons $1.5 trillion to $2 trillion annually from the global economy in bribes and costs far more in stunted economic growth, lost tax revenues and sustained poverty, the International Monetary Fund said on Wednesday.

In a new research paper, the IMF said that tackling corruption is critical for the achievement of macroeconomic stability, one of the institution's core mandates. The Fund argues that strategies to fight corruption require transparency, a clear legal framework, a credible threat of prosecution and a strong drive to deregulate economies. "While the direct economic costs of corruption are well known, the indirect costs may be even more substantial and debilitating," IMF Managing Director Christine Lagarde wrote in an essay accompanying the paper. "Corruption also has a broader corrosive impact on society. It undermines trust in government and erodes the ethical standards of private citizens," Lagarde added.

The paper, titled "Corruption: Costs and Mitigating Strategies," follows Lagarde's warning to Ukraine in February that the IMF would halt its $17.5-billion bailout for the strife-torn eastern European country unless it takes stronger action to fight corruption, including new governance reforms.

Lagarde participated in a British government-sponsored anti-corruption summit in London yesterday that included U.S. Secretary of State John Kerry and other senior officials including the presidents of Nigeria and Afghanistan. Extrapolating from 2005 World Bank research, the paper estimated that around 2 percent of global gross domestic product is now paid in bribes annually. But it said corruption's indirect costs are substantially higher, reducing government revenues by encouraging tax evasion and reducing incentives to pay taxes, leaving less money available for public investments in infrastructure, health care and education.

While some argue that bribes are simply grease for the wheels of commerce, the IMF said that corruption often drives investment away from countries where it is rife and boosts lending costs. Without naming any particular countries, the IMF said that dependence on non-renewable natural resources can often encourage corruption, as well as conflicts over control of them.

In helping its 189 member countries design and implement anti-corruption strategies, the Fund said it emphasizes the need for both appropriate incentives and deterrents. The paper said stronger anti-corruption laws and prosecution capacity was needed, but also said that reduced regulations can limit bribe opportunities and provide companies more opportunity to grow without them. "Wherever discretion is granted to an official regarding the approval of an economic activity, there is a risk that this discretion will be abused," Lagarde wrote.