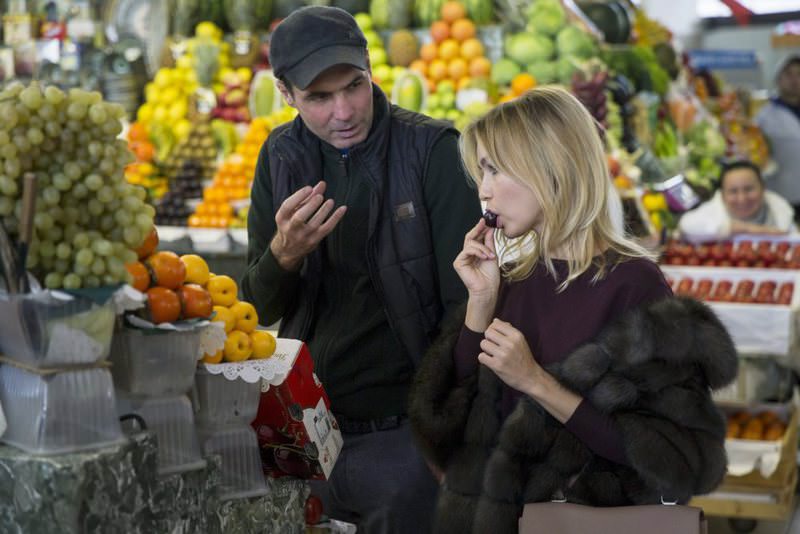 With the additional ban on three agricultural goods, Russia has finally banned all imports of Turkish fruit and vegetable. On a positive note, however, this will bring Turkey's inflation down

Russian Federal Service for Veterinary and Phytosanitary Surveillance (Rosselkhoznadzor) has banned all fruit and vegetable importsfrom Turkey after issuing a ban on the shipment of Turkish zucchinis, lemons and grapefruits that were not previously included on Russia's sanction list. In a statement regarding the issue, Rosselkhoznadzor President Sergey Dankvert said: "Only zucchinis, lemons and grapefruits are coming from Turkey. Now we think this is unnecessary, and we will close our gates to all [Turkish] fruit and vegetables."

Stressing that Turkish producers had already started violating herbal health product regulations, Dankvert said they have been working with Turkey for a long time but the situation has not changed. Recalling that they stopped the shipment of 50,000 zucchinis in Krasnodar, Dankvert said that Turkish exporters sent too many lemons, as the lemon market was too big and South Africa sent the same, so their market was flexible despite restrictions.

After Turkey downed a Russian warplane violating its airspace near the Syrian border on Nov. 24, the furious Russian government announced sanctions on Turkey in response. Turkish food imports were blocked at Russian border gates after Jan. 1. Since it is not easy to find alternatives for some fruit and vegetables, Moscow had to back down from implementing sanctions on some products. Moreover, as food prices were up due to decreasing supply and the Russian economy was already suffering from low oil prices and Western sanctions stemming from the Ukrainian crisis, the economy also faced significant inflation.

Emphasizing that politics have not affected Rosselkhoznadzor's decision, Dankvert said they do their jobs and are not involved in politics. "We detect harmful beetles in the products. Look at the past, look how we closed it with patience and slowly. If Turkey's herbal health service works inefficiently, it is not about politics, but about the operation of the service," Dankvert said. Dankvert's explanation has not convinced Turkish exporters since between the time between the jet downing crisis and the implementation of the sanctions, Russia implemented extra inspections and made excuses not to allow Turkish products, which were among the most popular products and considered to be healthy before the political crisis, to enter the country for five weeks.

Russian presidential spokesman Dmitri Peskov said politics did not have anything to do with Rosselkhoznadzor's decision to ban all fruit and vegetables, and Rosselkhoznadzor clearly articulated the reasons why they took these precautions. When asked whether Rosselkhoznadzor's decision had anything to do with the current state of Turkish-Russian relations, Peskov said: "You should ask Rosselkhoznadzor. They are not interested in politics, but their own issues, so all these questions need to be directed to them," and added that Rosselhoznadzor's statements regarding why they took these precautions were clear. Also, while Russia announced that it plans to increase the number of banned agricultural products from Turkey, the move is expected to lower inflation in Turkey. Since Jan. 1, Turkey has been seeking alternative export markets and for those non-durable goods, Turkey mainly prefers to sell them on its domestic markets.

The high single-digit inflation in Turkey is attributed to high food prices. With the increase in the supply of the agricultural products to domestic markets, food inflation, which saw double digits prior to Russia's sanctions, experienced a sharp fall, declining 1 percent, and saw a decline in the annual inflation. According to Turkish Statistical Institute (TurkStat) data, annual inflation dropped from 7.46 percent to 6.57 percent in April, the lowest inflation rate in the last three years.

Regarding the issue, İş Yatırım Economist Muammer Kömürcüoğlu said: "Since the beginning of the year, we have witnessed the effect of Russian sanctions on inflation with food prices. The fact that sanctions have been widened and sustained makes the downward risk in inflation more apparent," and added that many economists expect Russian sanctions to have a lowering effect of 0.5 percent in yearly inflation while the recent development backs this forecast even more. Currently, Turkey exports agricultural goods worth $1.3 billion to Russia annually. Because of the sanctions, Turkey's fruit and vegetable exports fell from $222 million to $64.5 million within the first three months of the year.
RELATED TOPICS