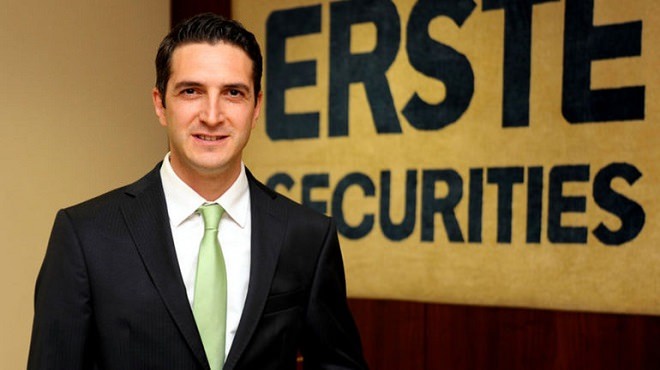 by Hazal Ateş May 14, 2016 12:00 am
The Monetary Policy Committee of the Central Bank of the Republic of Turkey (CBRT), which is in charge of both management and interest rates policies, is replacing its staff after Murat Çetinkaya was appointed bank governor in April. Vice-Governor Turalay Kenç, whose five-year term ended at the end of April, has been replaced by the bank's Markets General Manager Erkan Kilimci. Furthermore, a total of four members will be appointed to the Monetary Policy Committee by the end of 2016. It is expected that the CBRT will produce development- and employment-friendly strategies, which highlight production, instead of the previous monetary policies, which focused on rigid inflation control, in the upcoming period.

As all eyes are on the Justice and Development Party's (AK Party) second emergency convention on May 22, Turkey is re-determining its economic priorities. The economic administration is eliminating institutions that pose obstacles to a strong economy, and transforming the Economic Social Council into a strong structure which will take the pulse of the economy and carry out legal studies. Furthermore, it will highlight a coherent understanding of management in order to ensure the continuation of economic stability and control in the financial markets. The CBRT will act sensitively toward price stability and growth, and hold meetings with state leaders more frequently. It will also take supportive steps to make it easier for the business world to use loans and to ensure loan diversity. The CBRT'S new management and new Monetary Policy Committee members are expected to pursue monetary policies in harmony with the government's development policies. The CBRT is entering a new era in which it will pay regard to the expectations of foreign investors and the financial sector as well as domestic growth and employment. It is expected to support the government's employment- growth and development-oriented policies without abandoning macro-prudential measures. The Monetary Policy Committee, which continuously comes under fire due to its interest rate policies, is expected to pay regard to developments in the markets.

CBRT law stipulates the appointment of four vice-governors to the bank this year. A vice governor is yet to be appointed to Murat Çetinkaya's former position after his appointment as CBRT governor in April. The terms of office for Ahmet Faruk Aysan, who has been a Monetary Policy Committee and Assembly member since November 2011; Necati Şahin, who has been serving as an Assembly member since 2004 and vice governor since 2011 and Mehmet Yörükoğlu, who was reappointed vice governor in 2011, all will end in 2016. The term of office of Abdullah Yavaş, who is also a Monetary Policy Committee member, will end in 2018. The markets will be closely watching the replacements of these members as they determine the bank's interest rate policies.

The CBRT is expected to adopt new, employment-friendly strategies in the upcoming period. Experts think that the existing monetary policy, which focuses on a rigid inflation-targeting system over the long term, will be questioned. They expect the CBRT to have an understanding which highlights real sector, science and technology policies and industrialization and production in the short-term.

The vice presidents are appointed to five-year terms and are selected according to their education and work experience. The vice presidents have educational expertise in law, finance, economy, business, engineering, public administration, political science or statistics.

Born in 1976, Kilimci studied international relations and politics at Boğaziçi University. He received his master's degree in finance and accounting at Marmara University, and prior to joining the CBRT he worked at Pamukbank, Bizim Menkul Değerler, Raymond James, Kuveyt Türk and Erste Securities.
RELATED TOPICS