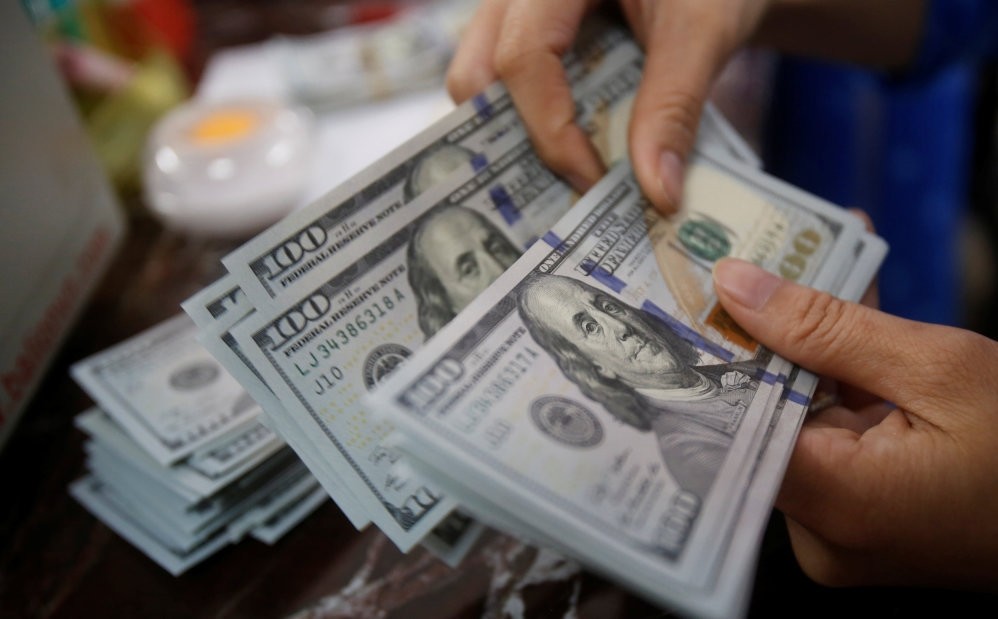 As market expectations concerning an interest rate hike from the U.S. Federal Reserve strengthen, assets denominated in dollars have been gaining value while other financial tools are bound for losses

Revived prospects of an early U.S. interest rate rise, possibly as soon as June, lifted the dollar to a near two-month high on Thursday and left bonds, stocks, commodities and emerging markets all nursing losses. According to Reuters, minutes from the Federal Reserve's last meeting took the market off guard after they revealed most policymakers thought a June rise would be appropriate if the U.S. economy continued its recent improvement.

It suggested the central bank is closer to lifting rates again than most investors had expected and saw a scramble from traders to readjust. European stocks and bond markets opened under pressure after volatile U.S. and Asian sessions, as anticipation of higher global borrowing costs on the back of any U.S. rate hike triggered selling.

With U.S. Treasury yields sharply higher, the dollar stayed strong after scaling its highest level against other top currencies since late March.

"A June hike is definitely back on the table," said UniCredit's Global Head of FX Strategy Vasileios Gkionakis.

"The bottom line is that the market is going from an excessively complacent view (on the likelihood of Fed hikes) to a more realistic one." Benchmark U.S. Treasuries were just starting to stabilise after one of their biggest sell-offs in almost three years.

Germany's 10-year Bund yield hit a two-week high before pulling back slightly as traders waited for what are likely to be far more dovish ECB meeting minutes later.

Analysts said concern about an EgyptAir plane that went missing en route from Paris to Cairo could also be lending the safe-haven German market some support.

CME Fed fund futures showed that the probability of a June U.S. rate increase rose to 34 percent after the release of the FOMC minutes on Wednesday from 19 percent earlier in the day, 15 percent on Tuesday, and less than 1 percent a month ago.

U.S Treasury yields have backed up considerably, with 10-year rates close to 1.90 percent and up almost 20 basis points since Monday. Two-year rates at 0.91 percent are at their highest since mid-March.

"With April activity indicators consistent with a healthy bounce-back in growth, we see risks of two rate hikes in 2016, with the first coming in the June/July time horizon," strategists at Barclays said. But many in the market are still sceptical the Fed would raise rates before Britain's June 23 referendum on whether to remain in the European Union, a risk noted by some Fed policymakers. July may be a stronger possibility.

Retail sales data from Britain on Thursday showed that the Brexit angst that has dented business confidence in recent months is having less of an effect on shoppers. Sterling hit its highest since February.

Fed Vice Chairs William Dudley and Stanley Fischer are due to speak later in the day and the markets will be eager to get more details on the Fed's thinking.

Emerging and commodity markets remained deep in the red as trading in Europe settled as the stronger dollar weighed.

Gold which tends to be inversely correlated to monetary policy easing, fell 0.1 percent to a three-week low $1256 per ounce, while MSCI's main EM stocks index and China's currency, the yuan, both hit 2-1/2 month lows. According to AFP, traders' moving back into the U.S. currency saw higher yielding, or riskier, emerging units take a belting against the dollar, with the Indonesian rupiah off more than one percent and the oil-reliant Malaysian ringgit tumbling 0.9 percent.

While the dollar-Turkish lira exchange rate rose above 2.99 yesterday, the South Korean won, the Philippine peso, Thailand's baht and the Taiwan dollar also declined against the U.S. unit.

The greenback also weighed on commodities such as oil, with U.S. crude futures losing 0.4 percent to $48.00 a barrel. A stronger dollar tends to put non-U.S. buyers of greenback-denominated commodities at a disadvantage.

"We suspect the oil market has moved too high, too far, too soon," French bank BNP Paribas said, as a near 60 percent surge in Iranian output added to price pressure.

Overnight, South Korea and Australia had led Asia Pacific markets lower with 0.6 and 0.8 percent falls to dovetail with the latest fall in the yuan.

Moody's Investor Services said in a note rising leverage in China and emerging markets in general is an even greater concern now that the possibility of another U.S. interest rate hike this summer is back on the table.

Japan's Nikkei rose early thanks to a weaker yen, which fell to a three-week low against the dollar but later pared its gains to just 0.2 percent. "In the short term, emerging markets are the most vulnerable," Steven Englander, global head of G10 FX strategy at Citibank wrote in a note to clients.

"Overall, the divergence trade is revived until further notice," he added, saying the Canadian and Australian dollars were also vulnerable due to concerns around their economies.
Last Update: May 20, 2016 1:26 am
RELATED TOPICS