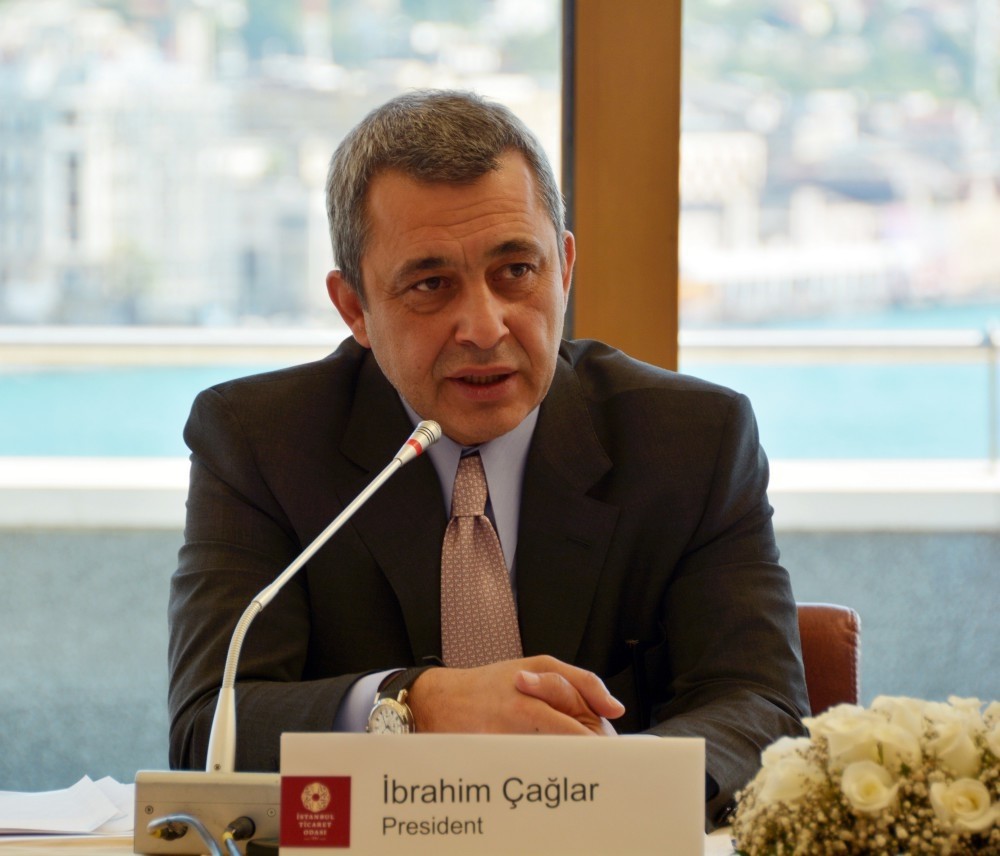 ICOC President u0130brahim u00c7au011flar
by Daily Sabah May 21, 2016 12:00 am
The results of the European economy barometer survey for the next six months were announced during the spring meeting of the Club of European Metropolitan Chamber of Commerce and Industry, hosted by the Istanbul Chamber of Commerce (ICOC). The club's members - 16 chamber presidents - said they are optimistic for the next six months about the economic activities in Europe, which constitutes 40 percent of Turkey's foreign commerce and 50 percent of its exports.

Consisting of the presidents of the chambers of commerce and industry of 16 of some of the world's most important cities, including Berlin, London, Paris, Madrid, Brussels, Milan, Athens, Dublin, Luxembourg, Barcelona and Frankfurt, the club was led by ICOC President İbrahim Çağlar in Istanbul.

Announcing the results of the barometer survey, Paris Chamber of Commerce and Industry President Jean Yves Durance said the pan-European economy has recently been improving and is reaching its previous high levels, and the low level of the euro, oil and interest rate trio have created a positive effect. Stating that it was still early to call it a "recovery," Durance said commercial investments will be key factors in the coming months. Moreover, looking at the recessions in the United States as well as in emerging economies, the chamber presidents put full trust in the firm growth of their cities.

The presidents stressed that the recession in the emerging economies was the threatening factor of this year. The other developments threatening 2016 were ranked as terror and England's possibility of leaving the European Union.

Speaking at the Club of the European Metropolitan Chambers - known as the Elite Club - meeting, Çağlar said extraordinary opportunities awaited the business communities of Turkey and Europe in the energy supply, construction, general trade and high technology sectors. Stating that the circumstances that led to global crises emerging after 2008 was a forceful reminder that unity yields strength, Çağlar stressed: "We cannot consider the idea of a powerful EU separate from a powerful Turkey."
RELATED TOPICS