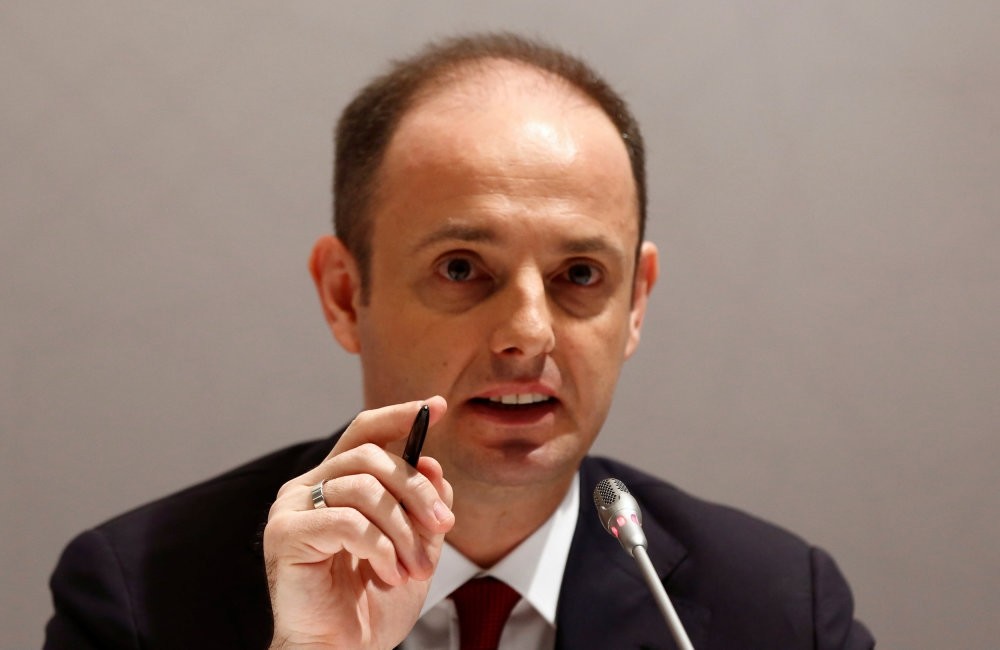 CBRT Governor Murat u00c7etinkaya speaks at a press conference in Istanbul last month.
by Daily Sabah May 24, 2016 12:00 am

While domestic markets' main focus today is the CBRT's interest rate decision, most economists and markets expect the upper band of the interest rate corridor to be cut 50 points

Markets are closely watching the rate decision of the Central Bank of the Republic of Turkey's (CBRT) Monetary Policy Committee (MPC) today, which is expected to lower the upper band of the interest rate corridor 50 base points. Also this week, newly appointed Prime Minister Binali Yıldırım is expected to announce his Cabinet, which will include important economic policymakers of the past 10 years.

The CBRT will announce its decision today regarding the interest rate after the MPC's monthly meeting. Most economists expect the MPC to decide to lower the upper band, namely, the marginal funding rate, 50 base points, despite these high expectations being slightly curbed by the recent weakening of the Turkish lira against the dollar and concerns regarding the United States Federal Reserve's (Fed) interest rate policy. The policy has been fraught with criticism lately after recent data indicated a possible rate hike next month.

In a televised interview with TRT Haber, President Recep Tayyip Erdoğan's senior economic advisor, Yiğit Bulut, said he strongly believes the CBRT will take the necessary steps to protect the nation's interest in line with global developments. He also addressed the appointment of the new Cabinet, saying that economies are built on systems, not people, assuring that everything should be fine as long as the economy continues to be based on a strong, dynamic system under whoever is appointed.

Last week, Bülent Gedikli, chief adviser to Erdoğan, also stressed that the CBRT should realize a series of interest rate cuts, expressing that in the short-term, Turkey will not face a high risk of inflation; thus, the CBRT should act proactively in order to spur investment in the country.

In addition, markets are closely watching the developments on the new Cabinet's appointment, meaning, the primary actors behind economic policymaking will change. Speaking to Anadolu Agency (AA) about the issue, Adnan Çekcen, vice president of Destek Yatırım Menkul Değerler's research department, said there are many name changes made in the Central Executive and Decision Board (MKYK) of the Justice and Development Party (AK Party), which triggered the expectations about whether the new Cabinet will be considerably changed. Çekcen stressed that this is an important development shaping the market's expectations.
Last Update: May 24, 2016 1:14 am
RELATED TOPICS