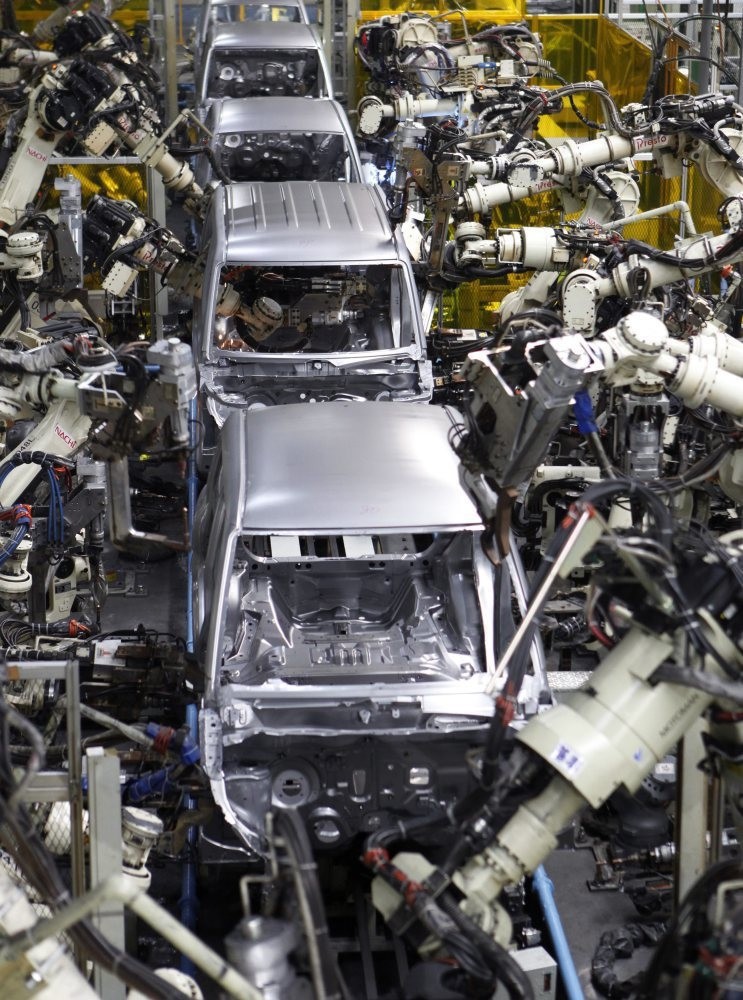 Stressing the importance of information technologies and the transition to the fourth industrial revolution, Prime Minister Yıldırım said focusing on local production of high value-added products will substantially contribute to Turkey's development

Presenting the 65th Government Program in Parliament on Tuesday, Prime Minister Binali Yıldırım stressed the government's accelerated work on the fourth industrial revolution and information technologies and addressed other plans to make the jump from the high-middle- to high-income bracket.

According to the new government program, investments and projects will focus on science and technology, which will in turn strengthen Turkey's aerospace and defense industries as well as develop information-communication technologies with the aim of increasing Turkey's growth rate and welfare. Yıldırım also said that among the government's priorities, rapid transition to the "fourth industrial revolution" is also included to convert Turkey into a manufacturer of high-value added goods, implementing the latest trends in the industry as developed countries do. Industry 4.0, or the fourth industrial revolution, is a term embracing a number of contemporary automation, data exchange and manufacturing technologies.

Yıldırım drew particular attention to the government's plan to emphasize the nationalization and domestication of industries that have been heavily dependent on foreign resources. In this respect, Yıldırım said that infrastructural work regarding the development of the aerospace industry has begun and in the near future the Turkey Space Agency Establishment Act will be discussed and assessed in Parliament. Yıldırım said the necessary preliminary work will be carried out for the manufacturing of domestic satellites, planes, weapons and ammunition. Concerning the government's work so far, Yıldırım pointed to the increased nationalization rate of industries from below 20 percent to above 50 percent under Justice and Development Party (AK Party) governments, saying how it shows the efforts exerted by AK Party governments in this field. He also cited the annual spending on the defense industry rising from $2 billion to $30 billion in the 14 years of AK Party rule.

Within a context of political stability and confidence, to achieve these development targets, Yıldırım assured that the state will more strongly support the private sector and access to funds to undertake projects will be streamlined. He also said that in fields that are hard for the private sector to take initial action or in which they are not interested, the government will give importance to public-private partnerships (PPP).

In line with these targets, Yıldırım said the AK Party has brought Turkey into the group of upper-middle income countries in its 14 years in power. Yıldırım added that focusing on sectoral transitions within the framework of macroeconomic stability, the government will increase the country's growth potential.

Yıldırım also said that through these "revolutionary" steps the new government will take, the employment rate in the country will greatly increase, and that PPPs, incentivized by the government especially in the eastern and southeastern regions of the country, will direct the youth to productivity rather than being deceived by terrorist organizations, "devouring and exterminating their young brains and bodies."

Yıldırım also touched on the monetary policies to continue to ensure price stability as a priority while supporting growth and the government' employment policies. He asserted that the new government will bring dynamism and contribute to the depth and complexity of the financial markets. In this respect, he spoke of the planned establishment of the Istanbul International Finance Center as well as other projects regarding the enhancement of coordination in interest-free, Islamic finance.
RELATED TOPICS