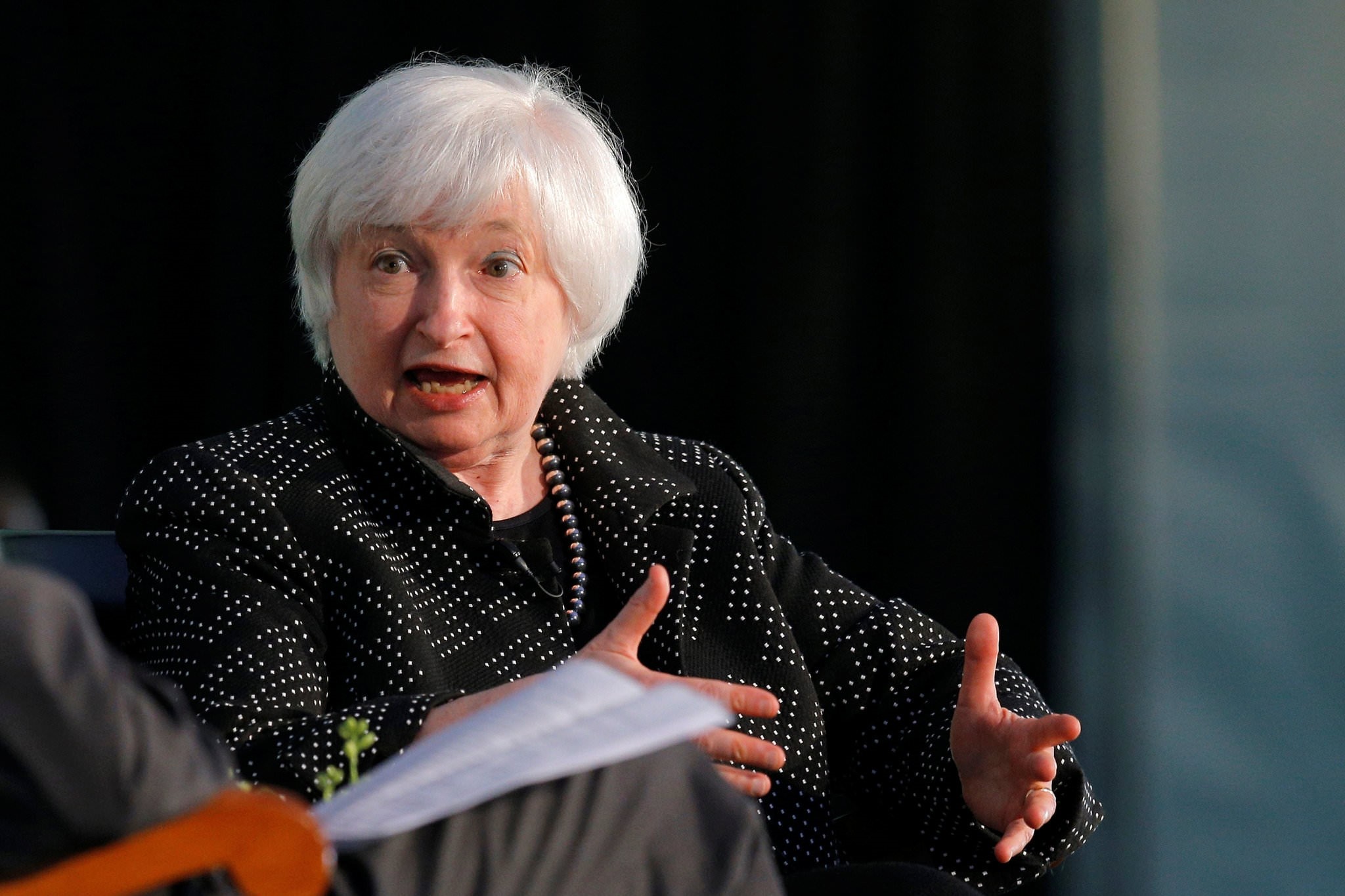 Federal Reserve Chair Janet Yellen speaks at the Radcliffe Institute for Advanced Studies at Harvard University in Cambridge, Massachusetts, U.S. May 27, 2016. (REUTERS Photo)
by May 27, 2016 12:00 am

Chances of a Federal Reserve interest rate increase by July rose significantly Friday when Fed Chair Janet Yellen said a hike could be justified "in the coming months."

Speaking at Harvard University, Yellen said she believed US economic growth and the labor market would continue to strengthen after the first-quarter slowdown, and that the Fed's early-2016 worries over the global economy and market volatility had diminished.

She said she expects economic activity to pick up and the labor market, with unemployment currently at 5.0 percent, to improve, supporting a slow and gradual increase in the Fed's benchmark short-term rate.

"The economy is continuing to improve," Yellen confirmed. "Growth looks to be picking up."

In that case, she said, "probably in the coming months such a move would be appropriate."

Other officials of the policy-setting Federal Open Market Committee have also used the "coming months" time frame for an increase in recent weeks.

Many analysts had taken their comments as a concerted Fed effort to inform the markets that their expectations for an increase late in 2016 at the earliest misread FOMC intentions.

Last month trading in federal funds rate futures contracts showed that markets gave a June hike a less than five percent possibility. But since officials spoke out, markets are giving it a 30 percent chance, and give a July hike as 60 percent probable.

But until Friday's comments Yellen, whose voice is the strongest at the FOMC, had not weighed in.

Her tone and remarks were similar to other FOMC officials, "but her words carry more weight," said economist Chris Low at FTN Financial.

The US dollar pushed higher in reaction, but share markets showed little impact. The dollar added to earlier gains to hit $1.1113 against the euro, compared with $1.1194 late Thursday.

Since December, when the benchmark federal funds short-term rate was raised for the first time in more than nine years, to 0.25-0.50 percent, the FOMC has demurred from more hikes as the economy went through a rough patch.

Economic growth in the first quarter was a paltry 0.8 percent annual pace, but current official and private sector forecasts point to 2.5-3.0 percent growth for the current quarter.

The newest data on consumer spending and the housing market in the beginning of the second quarter has been generally positive.

And on Friday the University of Michigan consumer sentiment index rose to 94.7, up from 89.0 in April, indicating a rise in consumer confidence after a late-winter downturn.

"More recent monthly data are signaling a much better performance in Q2 -- if anything, better, than the 2.5 percent pace in our forecast," said Jim O'Sullivan of High Frequency Economics.