Fed leaves rates unchanged with no specifics on next rate hike 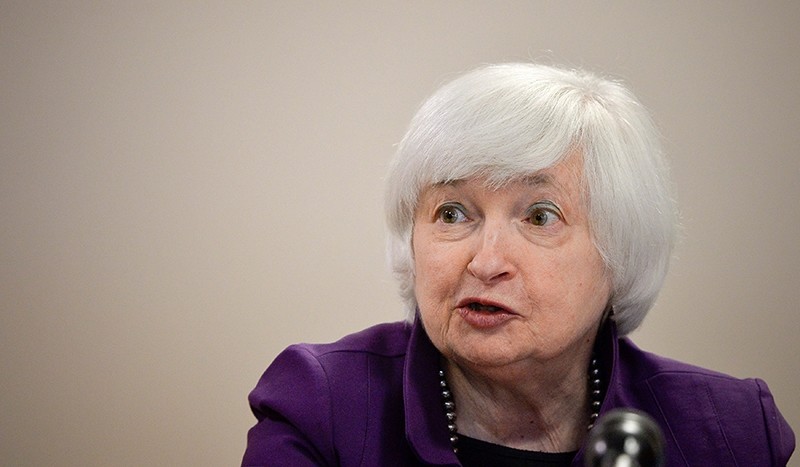 Federal Reserve policymakers still expect to raise interest rates twice this year, the same expectation they had in March, despite a recent slowdown in hiring. But they foresee fewer interest rate increases in 2017 and 2018 compared with three months ago. That suggests they are less worried about the economy overheating and pushing inflation higher.

The Fed said in a statement Wednesday after its latest policy meeting that the pace of job growth has slowed, even as the overall economy has picked up speed.

The central bank indicated that it needs a clearer picture of economic developments before raising rates again. It noted that the consequences of a slowdown in exports have lessened.

Some economists think a July rate increase is possible if the job market rebounds and markets remain calm after Britain's vote next week on whether to leave the European Union.

For weeks, the Fed had been expected to consider raising rates at its June meeting. That view was encouraged by the minutes of its most recent meeting in April. The minutes suggested that a rate hike was likely if hiring and economic growth strengthened and inflation showed signs of accelerating toward the Fed's 2 percent target rate.

But this month, the government caught the financial world off guard when it said employers added just 38,000 jobs in May— the weakest gain in five years — and that job growth averaged only 116,000 the past three months, down from 230,000 for the 12 months ending in April.

Suddenly, expectations for a rate hike this month declined. And some Fed watchers expressed confusion about the central bank's approach to rates.

Fed officials contend that they have long stressed that their rate policies are not on a pre-set course but rather are "data dependent." In a speech last week, Chair Janet Yellen said that while the U.S. economy looks fundamentally solid, there were too many uncertainties to give a specific timetable for upcoming rate hikes.

Among the uncertainties she highlighted is the referendum next week in Britain over whether to leave the EU. A yes vote could roil markets, and the Fed wouldn't likely want to further unnerve investors with a rate hike just a week before that vote.

Some economists say the Fed could be ready to raise rates in July, assuming that the dismal May employment report is followed by a much stronger June number and investors don't panic after the vote in Britain. Other analysts think the economic outlook will still be too cloudy for a July rate hike and are pointing to September as the most likely time for a Fed move.

In addition to the May jobs report, other economic barometers have also sowed doubts — from tepid consumer spending and business investment to a slowdown in worker productivity to stresses from China other major economies.

And inflation remains below the Fed's target.

The Fed raised its key policy rate modestly in December from a record low near zero, where it had been since the depths of the Great Recession in 2008. And it projected that it would raise rates four more times in 2016.

But as the year began, oil prices plunged, and concerns escalated about China, the world's second-largest economy. Nervous investors sent markets sinking, and fears arose of a new recession. The Fed put any further rate hikes on hold.

Yellen and other Fed officials have said they expect to raise rates gradually after the job market shows further signs of improvement, including higher pay increases and inflation moving closer to the Fed's target.

Fed officials keep stressing that only when the latest data shows the economy edging consistently toward full health will they resume raising rates.

Conversely, the Fed also wants to take care not to lead investors to inflate the prices of stocks and other assets out of a mistaken belief that it will keep rates ultra-low well into the future. The need to discourage such excessive risk-taking is why even analysts who think the economy still faces challenges predict that the Fed will nevertheless raise rates at least once this year.