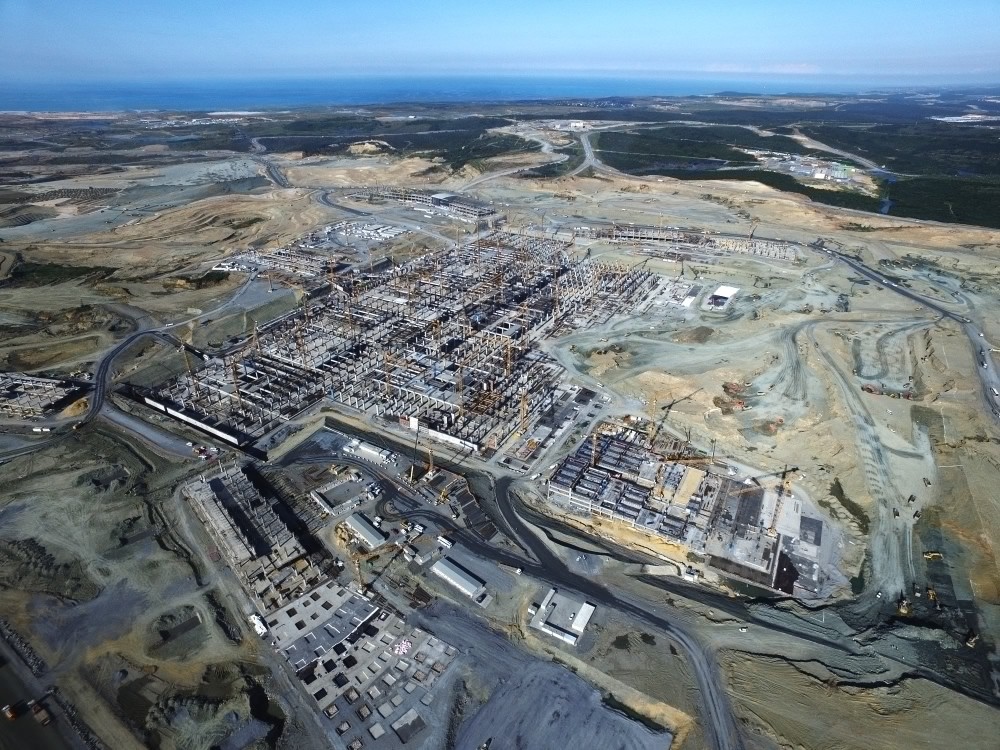 Turkey's seven PPP projects, including Istanbul's third airport and the Gebze-İzmir highway comprised 40 percent of total global private participation in infrastructure investments in 2015 in contrast to declining investments in India, China and Brazil

Turkey's seven infrastructure projects, which amount to $44.7 billion, made up 40 percent of global investment in 2015, according to the World Bank's Private Participation in Infrastructure Database (PPI Project Database) published yesterday.

The major share of these investments came from Istanbul's IGA Airport (also called Istanbul's third airport or the New International Airport), which is the largest single investment commitment ever recorded in the database, covering investments totaling $35.6 billion (including a concession fee of $29.1 billion to the government). Turkey is said to have experienced a banner year in 2015, considerably pushing up the amount of the total investments in the global PPI infrastructure. Contributions to that total investment in infrastructure in 2015 remained stable at $111.6 billion, in comparison with $111.7 billion in 2014, despite the downward pressuring effect of countries like China, India and Brazil, whose diminishing commitments lower global investment. In this respect, Turkey is seen as the country raising the global investment bar.

Despite the fact that the largest number of projects stemmed from the energy sector, which had 205 projects, followed by 55 transport projects and 40 water and sewerage projects, the transport sector achieved the highest amount of investments. In total it was $69.9 billion, making up 63 percent of global investment. In this respect, Turkey led the way for notable transport deals, with Istanbul's IGA Airport at $35.6 billion and the Gebze-İzmir Motorway investment of $6.4 billion. Energy also made up more than two-thirds of all transactions at 34 percent, while water accounted for the 4 percent.

Moreover, another striking point is that the PPI database indicates that investment commitments in solar energy in 2015 jumped to $9.4 billion, which is 72 percent higher than the five-year average of $5.4 billion for the years 2010 to 2014. While solar comprised one-quarter of all energy investments, renewable energy investments on the whole stand out, making up 63 percent of all energy commitments in 2015, and surpassing the five-year and ten-year averages of 44 percent and 37 percent, respectively. This remarkable rise in renewable energy investments points the greater adoption of wind amounting to $9.4 billion as well as investments in hydro and geothermal power, amounting to $2.9 billion and $1.3 billion, respectively. The most popular non-renewable source was coal, with 19 percent of the total energy investments.

On the other hand, despite the situations experienced in Brazil, China and India, investments are expected to continue to be robust globally, given the fact that along with Turkey's $35.6 billion IGA Airport, large commitments were also made in Colombia, Peru, the Philippines, and other countries. This can also be portrayed more clearly if Brazil, China, and India are excluded, in which case global PPI in 2015 increased by 92 percent year over year, according to the remarks included in the database.

Turkey's infrastructure investments are expected to contribute even more to global investment growth. While new giant investments will come, the record-breaking investments for Istanbul's IGA Airport cover only the first phase out of four phases of the new airport, which is expected to be operational in the first quarter of 2018.

The signing ceremony for the financing of the first phase of the airport, which is expected to be the world's largest in terms of passenger capacity, was held in Istanbul in October 2015. Three public and three foreign-financed banks will provide 4.5 billion euros ($5.05 billion) to a joint venture involving five Turkish construction companies.

The airport is planned to serve an average of 200 million people annually when all four phases become operational. It will have 165 passenger jet ways, four terminals connected with a railway system, three maintenance buildings, eight air traffic control towers, six runways, 16 taxiways, a 6.5 million-square-meter airport hangar with a capacity of 500 airplanes, an approximately 70,000 vehicle capacity parking area - touted as the largest airport parking lot in Europe - a clinic, fire department, hotels, a convention center and recycling and waste disposal plants. The airport will also host 150 airlines. It will be connected to the Istanbul metro system and multi-lane highways will be built to facilitate access. The IGA Havalimanı İşletmesi A.Ş. consortium, which won a tender held in May 2013 to build the new airport, signed an agreement with six banks, including state-owned Halkbank, Ziraat Bankası and VakıfBank as well as the foreign-financed banks DenizBank, Garanti Bankası and Finansbank. The consortium includes Turkish construction companies Cengiz, Mapa, Limak, Kolin and Kalyon.

Also, Turkey's second giant transport project, the 433-kilometer Gebze -İzmir motorway project, covering the Osman Gazi Bridge, was completed in April, as well as 384 kilometers of highway and 49 kilometers of access road which is expected to be completed by 2018, and which will add further to the existing amount of investments. The project is being built through a public-private partnership.

The country's largest highway project to date will allow drivers to cover the distance between Istanbul and İzmir on the Aegean in three-and-a-half hours compared to the current eight-hour trip. It will begin in the town of Gebze to the north of İzmit Bay, part of the Sea of Marmara, which is also part of the connecting waterway between the Black and Aegean seas.
RELATED TOPICS