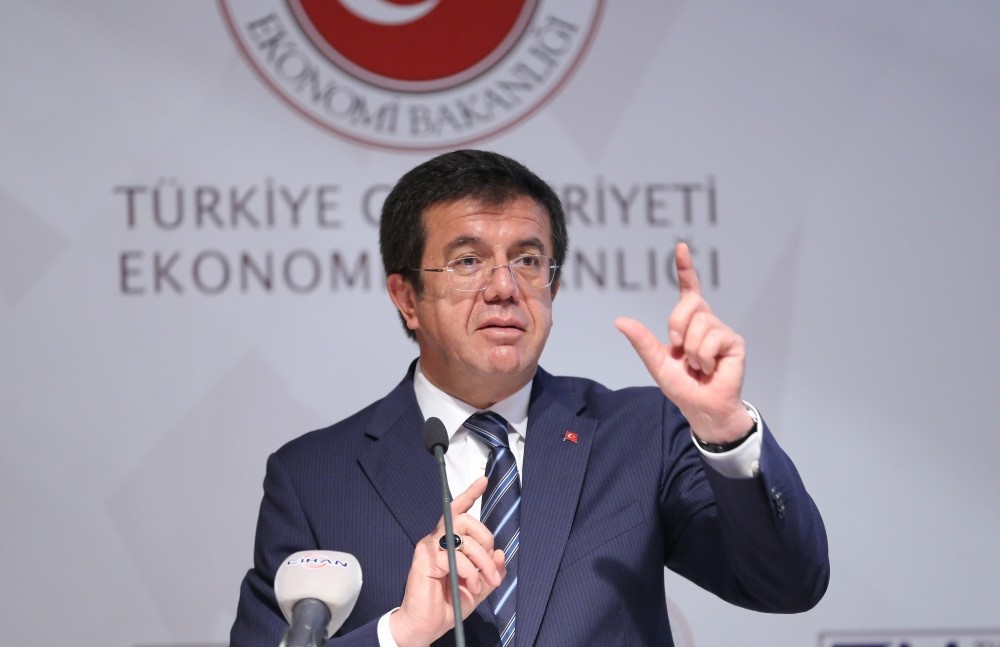 Speaking at a meeting with the members of the Association of Economy Reporters in Ankara, Zeybekci stressed that interest rates must drop to the favorable levels, for investors to make investments. He added, "We are currently far from these levels."

In their May meeting, the Central Bank of the Republic of Turkey (CBRT) reduced the upper band of the interest rate corridor (the marginal funding rate) by 50 base points from 10 percent to 9.5 percent, while leaving the policy rate (one-week repurchase agreement rate) and the lower band (borrowing rate) unchanged at 7.5 percent and 7.25 percent, respectively. The CBRT lowered the upper band by 1.75 percent in total over the past four months. Further cuts are also expected for the June meeting.

Underlining that Turkey is going through a rough time, the minister said the world has not yet recovered from the hard economic period that followed the 2008 financial crisis. Zeybekci stated although the U.S. economy displays a good outlook, it does not have a sustainable success because of the challenging economic conditions, highlighting that the world must identify the problem - which will help to find solutions.

Turkey has also been affected by the 2008 crisis, the minister said, adding: "Irrespective of how often we say that the global economic crisis only slightly touched Turkey and it will be like this in the future, it would be wrong to think that a Turkey that is integrated with the world will not be affected by the global economic crisis, considering the shrinkage in global demand."

According to Zeybekci, Turkey has started to return to around the same levels, both in national income and exports, as before the 2008 crisis. Turkey's nearly $150 billion worth of imports and nearly $450 billion worth of foreign trade volume have not exceeded these levels. Zeybekci attributed this stagnation to shrinkage in Turkey's markets, structural problems and dependence on foreign resources in technology and knowledge, saying that Turkey is not a country that produces and designs technology and knowledge; or that determines consumption habits; or that controls energy, raw material resources and finance, or that dominates on consumption and distribution channels.

Zeybekci suggested that Turkey must produce its own finance, continuing that reaching some 6 percent to 8 percent in growth rate is possible with the current account deficit as savings rates are low. He said, "This will lead to shrinkage," adding that Turkey can escape this vicious cycle by turning the resources that it does not and cannot utilize into added value. Stressing that in this way Turkey will also achieve growth with a sustainable current account deficit, Zeybekci said Turkey has so far managed with its understanding of subcontract manufacturing. He described this as an "unbelievable success," saying that Turkey, which has increased its per capita income to $10,000 from $3,500, has achieved this in an economic sphere which completely belonged to others. He concluded that in order to progress, Turkey must produce technology and knowledge and determine its consumption habits.
RELATED TOPICS