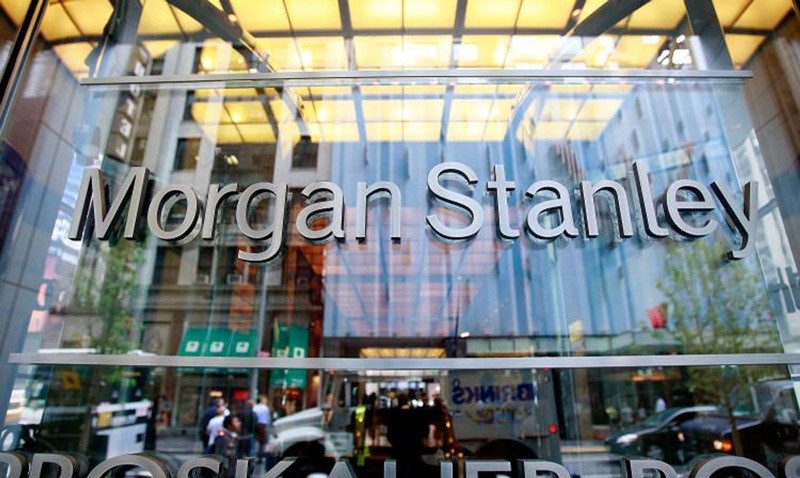 by Daily Sabah with AFP Jun 24, 2016 12:00 am
Morgan Stanley began moving 2,000 investment banking staff on Friday from London to Dublin or Frankfurt.

Morgan Stanley warned that "the UK's vote to leave the European Union is a very significant decision which will have a considerable impact", it noted "there will be time to implement any changes required to adjust" its banking business.

Global banks sought to reassure investors and clients Friday that they will absorb the impact of Britain's vote to leave the EU, with US giant JPMorgan warning that financial sector jobs may leave Britain.

"In the months ahead... we may need to make changes to our European legal entity structure and the location of some roles," said a JPMorgan staff memo obtained by AFP.

JPMorgan employs 16,000 people in Britain, while chairman and chief executive Jamie Dimon previously said that up to 4,000 jobs could move out of the UK.

"For the moment, we will continue to serve our clients as usual, and our operating model in the UK remains the same," the memo said.

Earlier Friday, the chairman and chief executive of Goldman Sachs, Lloyd Blankfein, said the US investment bank had "been focused on planning for either referendum outcome for many months".

Like JPMorgan, major European players like HSBC and Deutsche Bank said they may need to shift activities abroad in the event of a Brexit, in a warning shot to London's City financial district that employs tens of thousands of people.

Following an EU exit, London could shed 100,000 jobs, according to finance lobbyists TheCityUK ahead of the vote.

That is almost one in seven of the estimated 729,600 people employed by financial and related professional services in the traditional City district -- and the newer Canary Wharf area that houses Britain's biggest bank HSBC and rival Barclays.

Among the biggest fallers in European stock market trading Friday were banks, with shares in Barclays and Royal Bank of Scotland shedding around 20 percent of their values.

"Banks and housebuilders have been hit particularly hard as markets try to factor in the Brexit effect on the UK economy," said Laith Khalaf, senior analyst at stockbrokers Hargreaves Lansdown.

"We are today entering a new era for Britain and British business," he noted.

"The work to establish fresh terms of trade with our European and global partners will be complex and time consuming," Flint said.

Credit Suisse warned of "market volatility to stay with us for some time" in the face of the "new reality" created by the Brexit vote.

The bank sought to make a virtue of being "used to preparing our business for change in line with the democratic will of the public" in referendum-loving Switzerland.

The tone from Britain's Barclays was more sombre, with chief executive Jes Staley pointing to uncertainty and "profound changes" ahead -- while saying the bank would do "whatever it takes" to support its customers and clients.

"There is no doubt that the uncertainty following the result represents a challenge," Deutsche Bank chief executive John Cryan said.

But he added that "the spectrum of possible scenarios for future relations between Great Britain and the EU is large" and that Deutsche "does not assume we will have to change our structure or our business model in Great Britain significantly in the short term."

"People will be able to take money out of cash machines, exchange currency and have full access to their banking services," BBA chief executive Anthony Browne said in a statement.

"Any consequences of the referendum result will take some time to resolve and any changes to banking will take place over several years," he added.

Foreign currency dealerships witnessed a boom in trade in the days running up to Thursday's vote, with Britons lining up to sell their pounds, concerned about a devaluation if Britain voted to leave the EU.

Bank of England governor Mark Carney on Friday said the BoE "stands ready to provide" more than £250 billion of funds to aid the smooth functioning of markets.

"The BoE is also able to provide substantial liquidity in foreign currency, if required," he added in a televised statement.