Turkey says peace, security must be established for global economy at G20 meeting in China 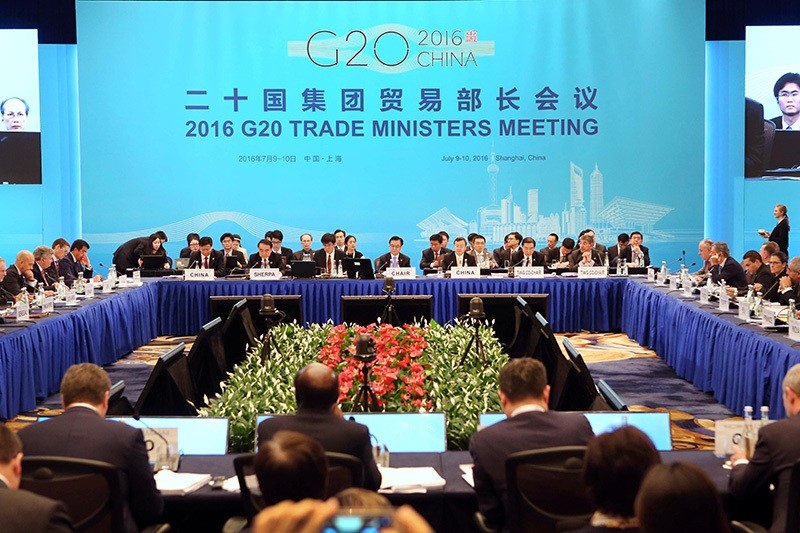 Turkey's economy minister underlined Saturday the value of world peace and security for the global economy during a G20 meeting hosted by China.

"It is not possible for us to achieve economic or trade growth or increased investment without a fundamental component," Nihat Zeybekçi said, stressing "the importance of world peace and security in this sense".

In his speech on the theme of Strengthening the G20 Trade and Investment Mechanism, he drew attention to how instability in the global economy continued, and how this negative trend affected international trade growth and the increase of foreign direct investments.

He underlined that during Turkey's G20 presidency last year, which was assumed by China in December, a comprehensive agenda including both trade and investment issues had been adopted.

"Turkey, leaving behind many developed and developing countries, attained growth of 4 percent in 2015 and 4.8 percent in the first quarter of 2016," he said at the G20 Trade Ministers Meeting in Shanghai.

"However, on a global level, we could not reach the same encouraging reflection."

Zeybekçi added that if balanced, strong and sustainable growth was to be pursued, investments would have to be increased and new employment opportunities created.

"We must facilitate trade through both bilateral and multilateral initiatives," he said. "Especially for our small and medium sized enterprises, we must ensure access to trade financing mechanisms."

The ministerial-level meeting, which kicked off Saturday, is being hosted by China's largest city in advance of the G20 Summit set to be held in the eastern city of Hangzhou on Sept. 4 and 5.