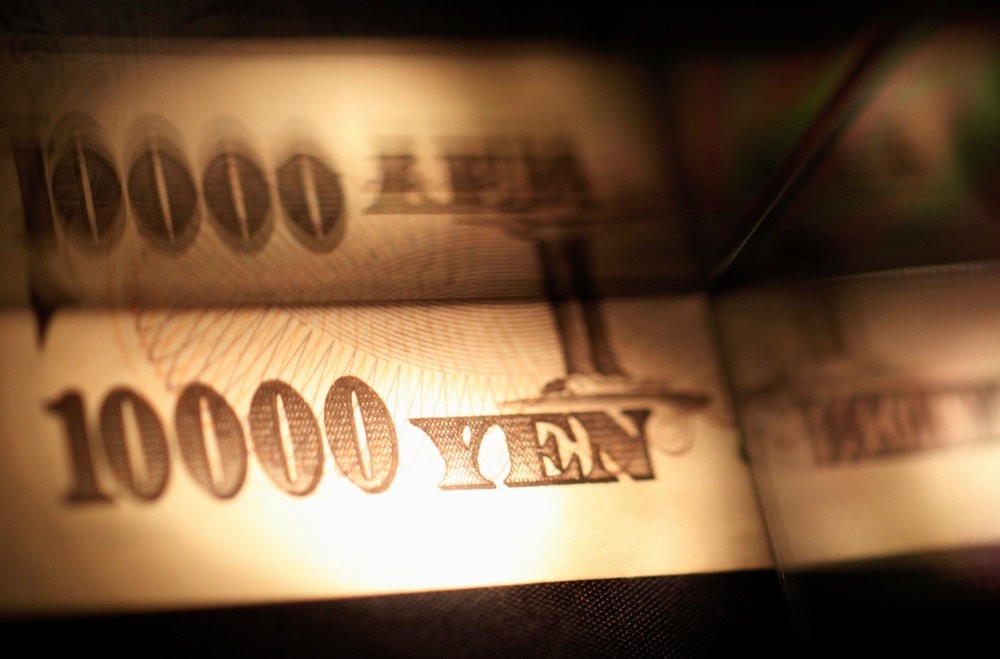 by Jul 13, 2016 12:00 am
The yen slumped yesterday on expectations that Tokyo is drawing up a fresh round of huge stimulus to kick start the torpid Japanese economy.

After his ruling coalition swept weekend parliamentary elections, Japanese Prime Minister Shinzo Abe said the government would unveil measures to kick-start growth, which local media said could be worth trillions of yen.

Speculation that Japan's central bank may move at its meeting later this month also weighed on the yen, which fell against most of its major peers yesterday.

The yen has picked up sharply as market turmoil at the start of the year, and Britain's vote to leave the European Union last month pushed traders to seek out lower-yielding, safer investments.

The pound rose to $1.3055 from $1.2997 after Britain's ruling Conservatives prepared to crown their new leader to take over from David Cameron as prime minister.

Theresa May will step in today after her only opponent for the leadership quit in a shock move Monday. The news provides a little certainty for the country as it looks to untangle itself from the EU over the coming years.
RELATED TOPICS