A year after bailout, Greece struggles for brighter future 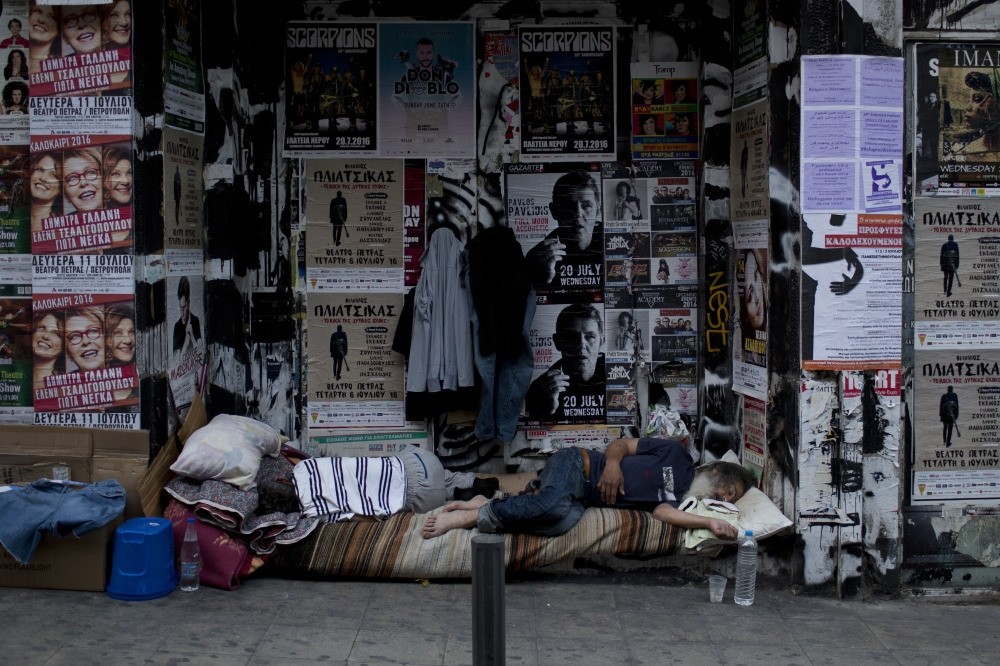 Greece still remains a country adrift, and many of its citizens view the present as joyless and the future as grim, a year after it fought and lost a tug-of-war with its creditors

Over five months, Tsipras and his firebrand finance minister, Yanis Varoufakis, took Greece and Europe to the brink, as they demanded that creditors ease reforms imposed by two previous bailouts agreed since 2010.

As the EU, ECB and IMF took a hard line, Greece's financial flows shrank and a bank crisis loomed -- but Tsipras, instead of buckling, stunned the world by announcing a referendum on the new deal proposed by creditors.

On July 5, 62 percent of voters rejected the package.

But even with the mandate of the Greek people behind him, Tsipras backed down, as the risk of seeing Greece thrown out of the Eurozone was too much.

Instead, in a dramatic U-turn, he let go of Varoufakis, replaced him with the more moderate Euclid Tsakalotos, and just over a week later, signed the third bailout.

The deal was worth 86 billion euros over three years and laden with conditions, such as tax hikes and pension reforms, considered by critics to be so tough that social media buzzed with talk of a coup d'état.

Since then, Greece has soldiered on, weathering popular unrest and the consequences of the 2015 migration crisis, while Tsipras strives to defend his leftwing credentials.

The EU has already paid out almost 30 billion euros and talks have begun on easing Greece's debt, which amounts to 182 percent of gross domestic product (GDP).

Klaus Regling, who heads the EU's rescue fund, the European Stability Mechanism, is less jaunty, complaining that it took nine months instead of the expected three to complete the first review of the bailout.

Others critics say the poker game dealt a hefty blow to confidence, especially in the banking system.

Tsipras says he remains true to his principles and has responded to the many defections and criticisms from his party, Syriza, sparked by his U-turn.

Last month, he described voters' rejection of the austerity measures as "a sublime act against the euro bigwigs promoting austerity but also against the establishment that wanted to stifle the country."

For political scientist Georges Sefertzias, "This way of seeming to negotiate very hard, while allowing things to drag on could be his biggest mistake yet."

According to the European Commission, this year Greece's economy is set to shrink by 0.3 percent, continuing a slide uninterrupted since 2009 except for 2014.

"The government is applying solutions dictated by its ideology," lamented lawmaker Theodore Fortsakis of the opposition New Democracy (ND) party.

Fortsakis said he felt "deep frustration towards our European friends who agreed to this phony recovery plan," saying this was perhaps due to their being keen to get rid of the Greek problem before their own elections or, in Britain's case, the Brexit referendum.

There are some, including the IMF and Bank of Greece Governor Yannis Stournaras, who reckon the 3.5 percent target in 2018 is unrealistic.

The government has undertaken to cut the pensions and benefits of civil servants if it fails to reach the targets and to proceed with a controversial round of privatizations.

These are dangerous moves, Sefertzias said, which could prompt snap elections as the government would quite like to pass the buck to the New Democracy (ND) party, which currently enjoys a lead of 11.5 points over Syriza in opinion polls.

"Today, the country is starting to get angry with Tsipras," he said, adding: "But it is not very keen on his opponents. It's in a massive depression, but not ready to revolt since it has no faith in revolution."
RELATED TOPICS